The day started off pretty early like usual; with a full healthy ROMANIAN breakfast. Everyone wakes up and gets ready and meets downstairs in the hotel lobby. We then took our party bus with the blue and red lights, which hyped us up to a small town near Buftea called Buciumeni. Like usual we got our helmets on and our gloves, we talked strategy and we jump right in. But before we jumped in, we did an energizer to really get the blood flowing. 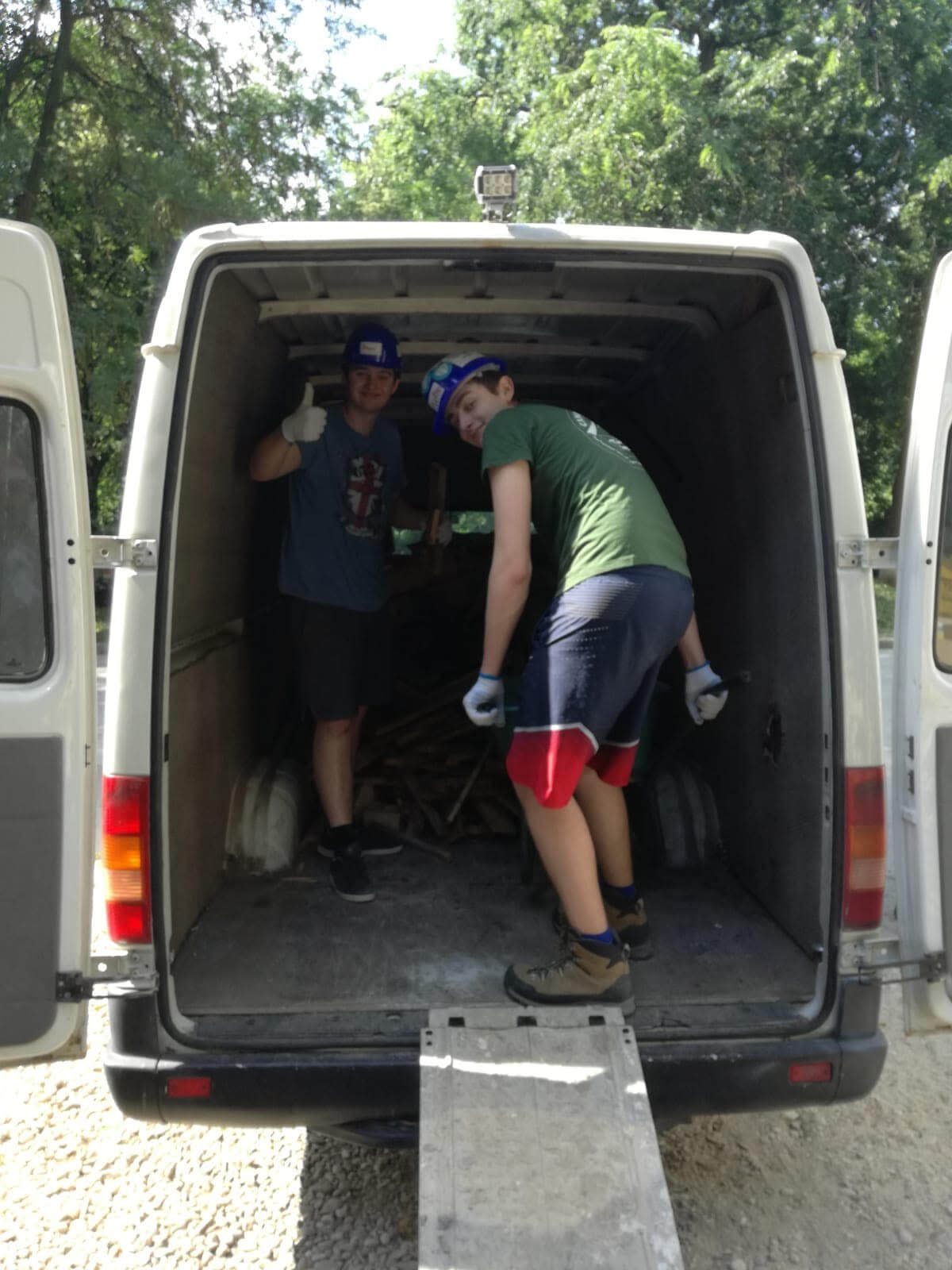 What came next is how we were split up. We were spilt into 4 groups. The boys were working on moving wood, some of the girls were painting, some were sweeping on the top floor, and some were hammering nails all the way until lunch.

The biggest highlight for everyone was seeing our beloved Bella (the dog from yesterday) come back to us. We initially thought something might have happened to her. We were so excited to see her looking fresh and healthy; and most importantly alive. 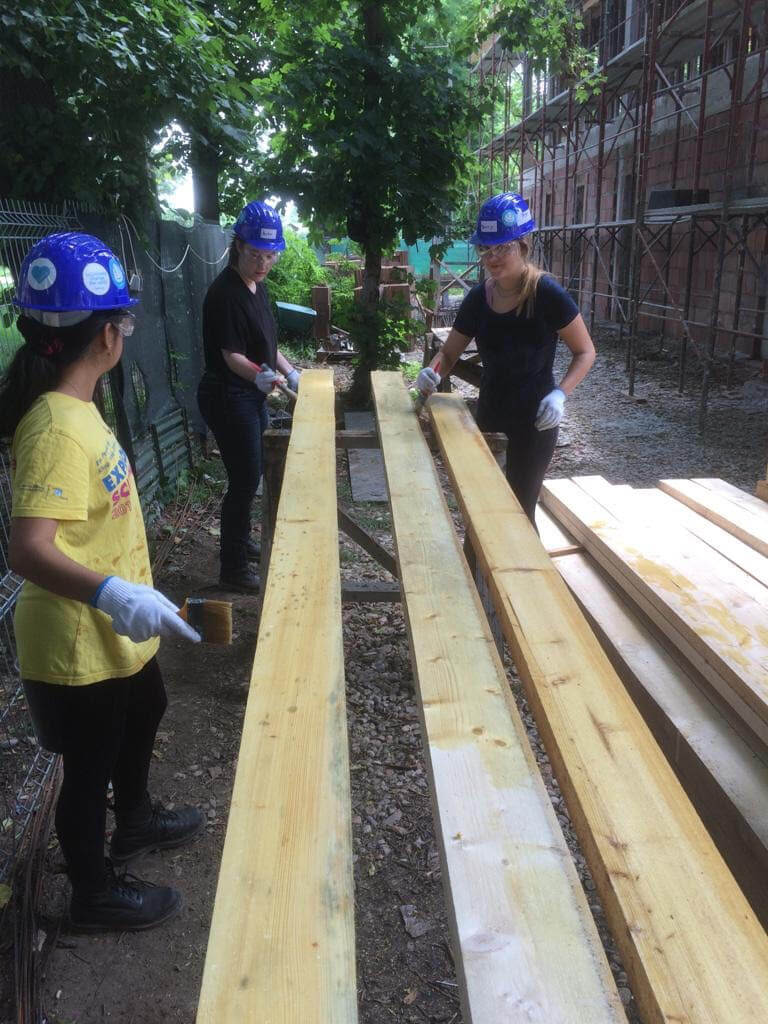 A highlight we have encountered every day is how kind the construction workers are. Even if they don’t speak our language (for some of us), they still tried to help us and explain as well as possible. Luckily, not only did they speak Romanian, but they also spoke Italian. Seeing as we have an Italian boy student, and a girl that speaks Romanian, it was easier to communicate with them.

Lunch today was not a highlight. We didn’t realise that bubblegum came with meat flavour but the effort was appreciated. The dogs, however, were very enchanted by the delicacy.

After lunch, we switched tasks. Some of us managed to complete the task faster than others; or more accurately a lot faster than the others. 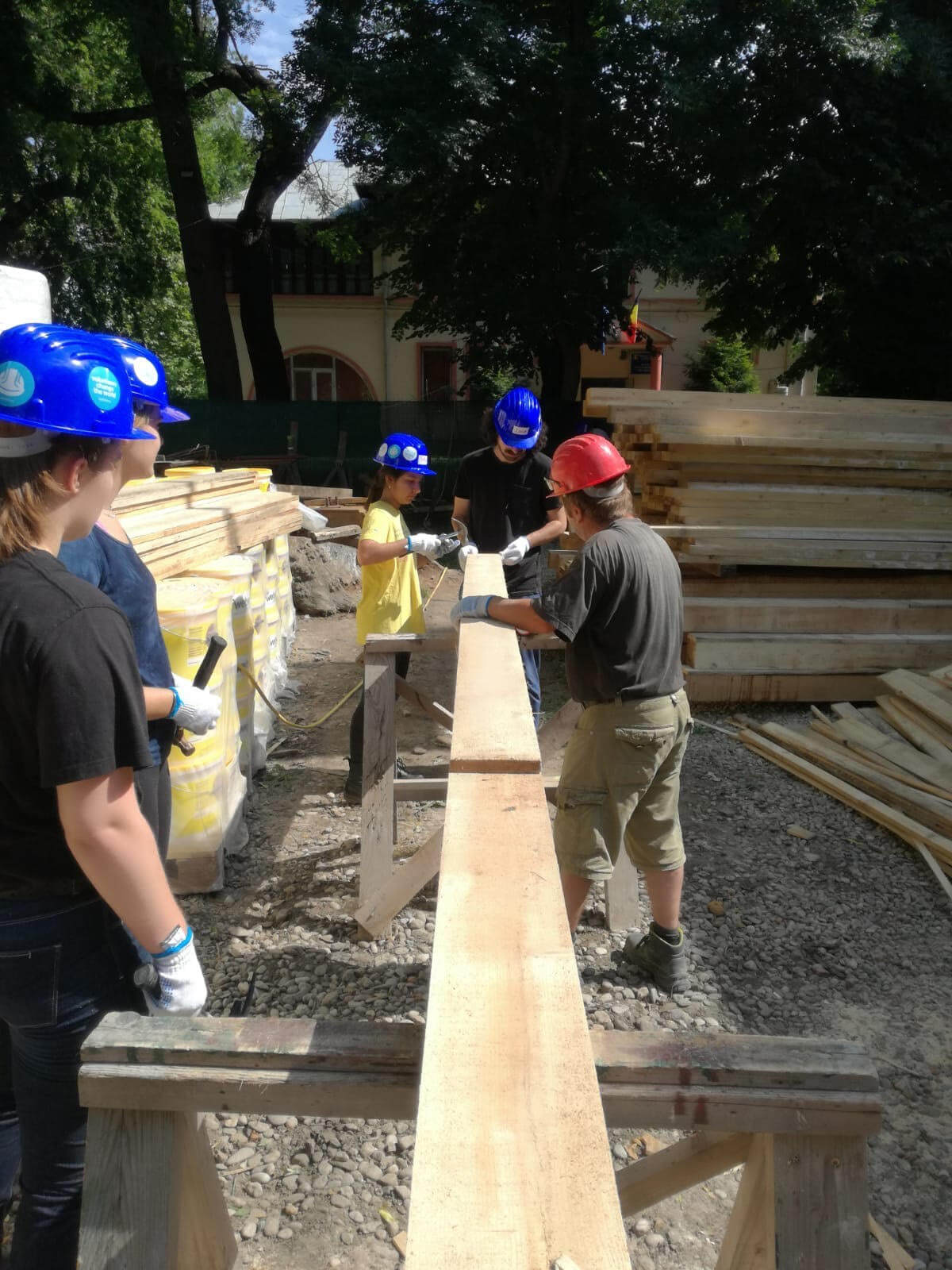 We had another well-deserved break in the afternoon where we all enjoyed some cold fresh juicy watermelon. Some of us more than others, seeing as even now there are traces of watermelon juice after the watermelon eating competitions; Giulio was the clear winner for those interested! 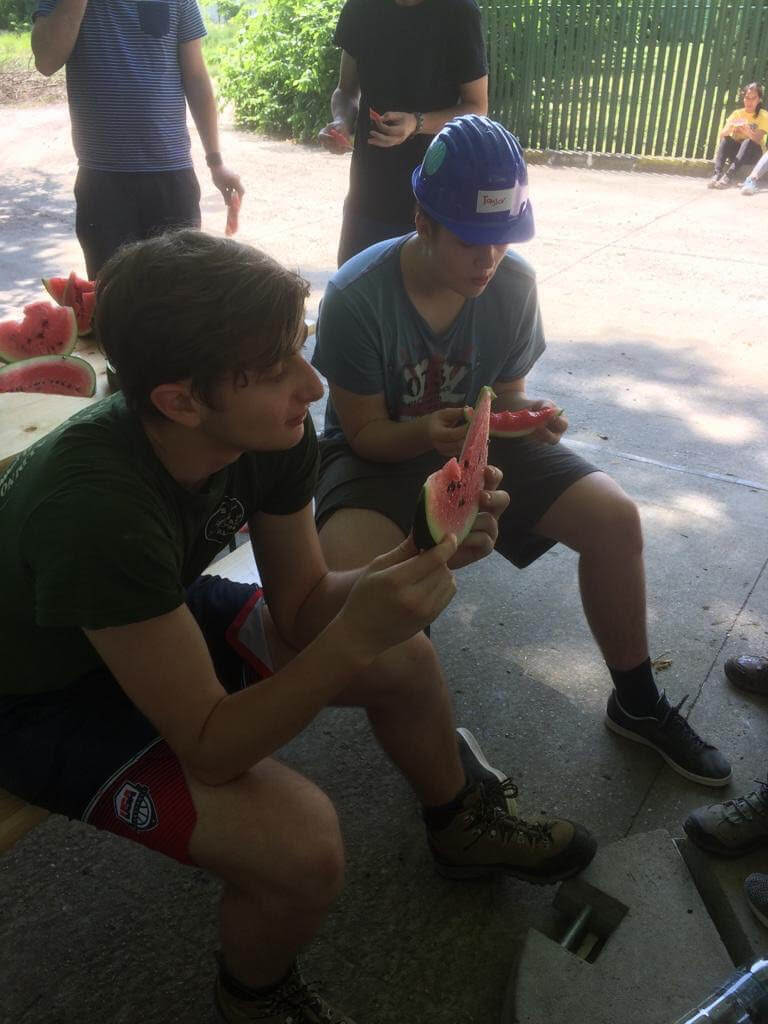 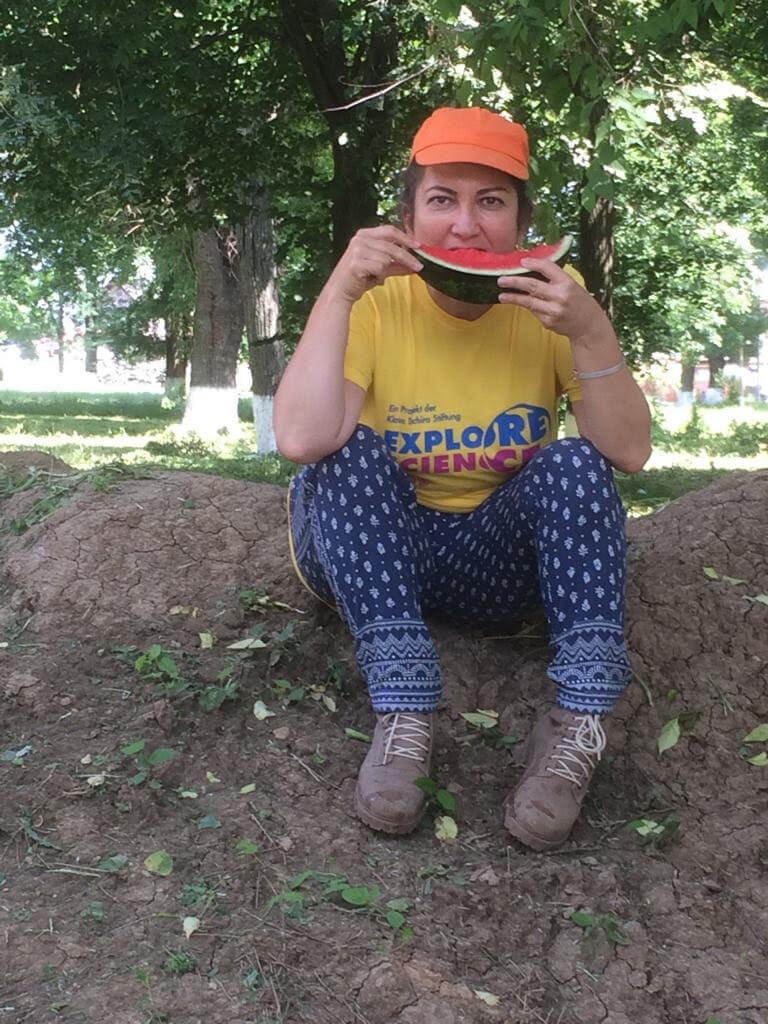 And Ms. Mechkova sure did love her watermelon!