… is what the Carl-Bosch museum is looking for in their winter competition. If you are looking for something fun to do on the weekend, see below:

If you have this great idea of how to construct a car from recycled materials then now is the time to make it real (at least a model of it!) Invent ingenious constructions and drives, make sure they look good and, above all, be fast! Because there are three prizes you can win:

All you need to do is: build the car, take a picture and send it together with your first name to kontakt@carl-bosch-museum.deAnd regardless of whether you win or not, your photos will be on display in a small exhibition on their homepage from January 15, 2021.

For more information check out their Youtube-Video: https://youtu.be/-W6QdjsHKWc 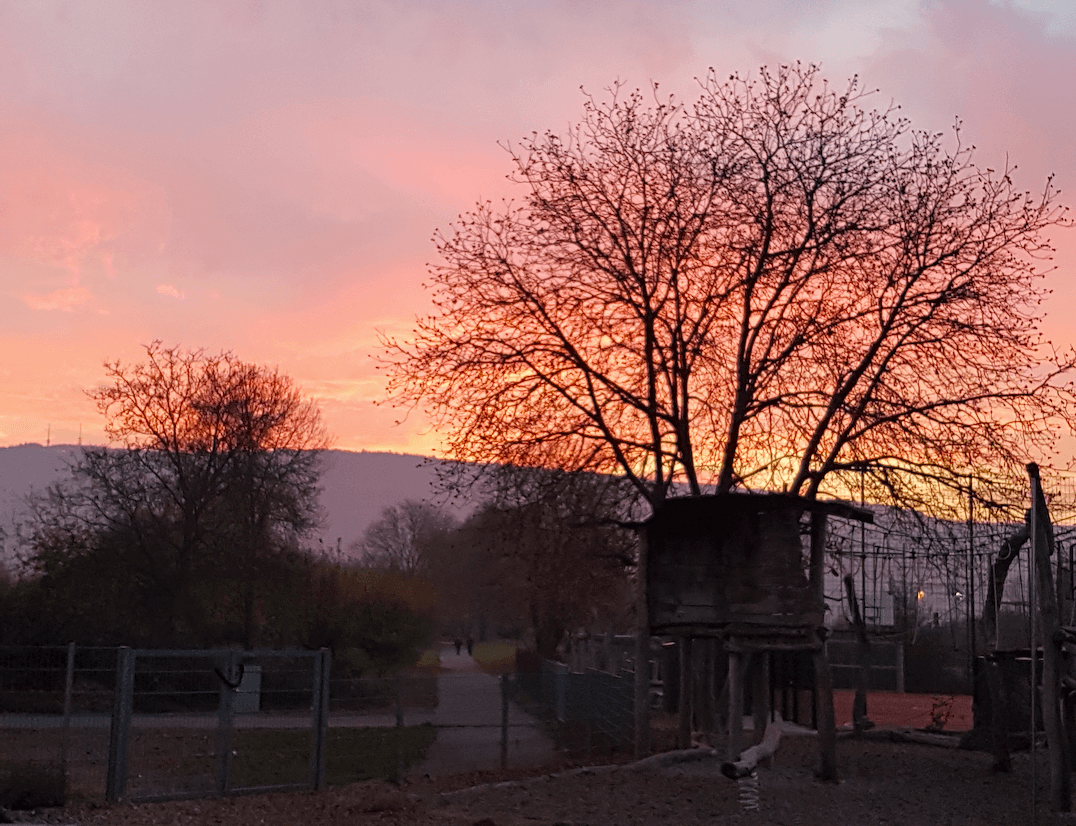 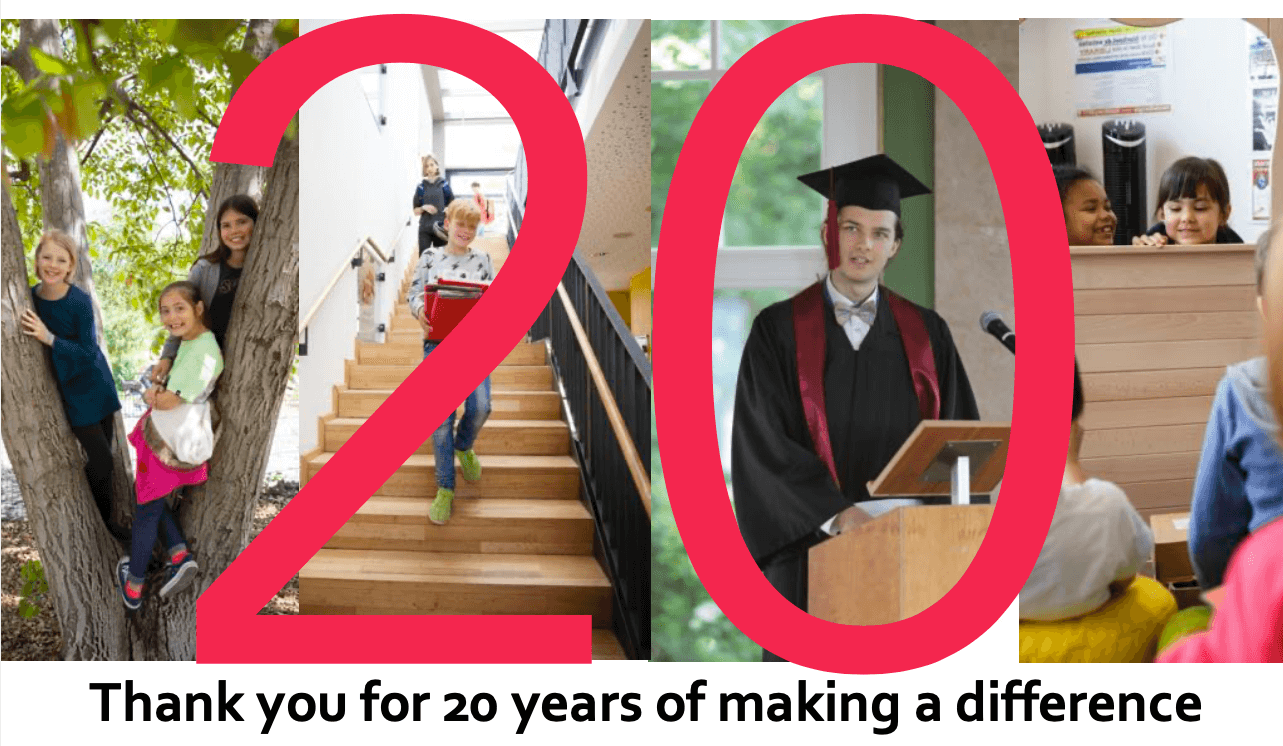 Have a great time!

We look forward to the start of the second half of the school year in January 2020. 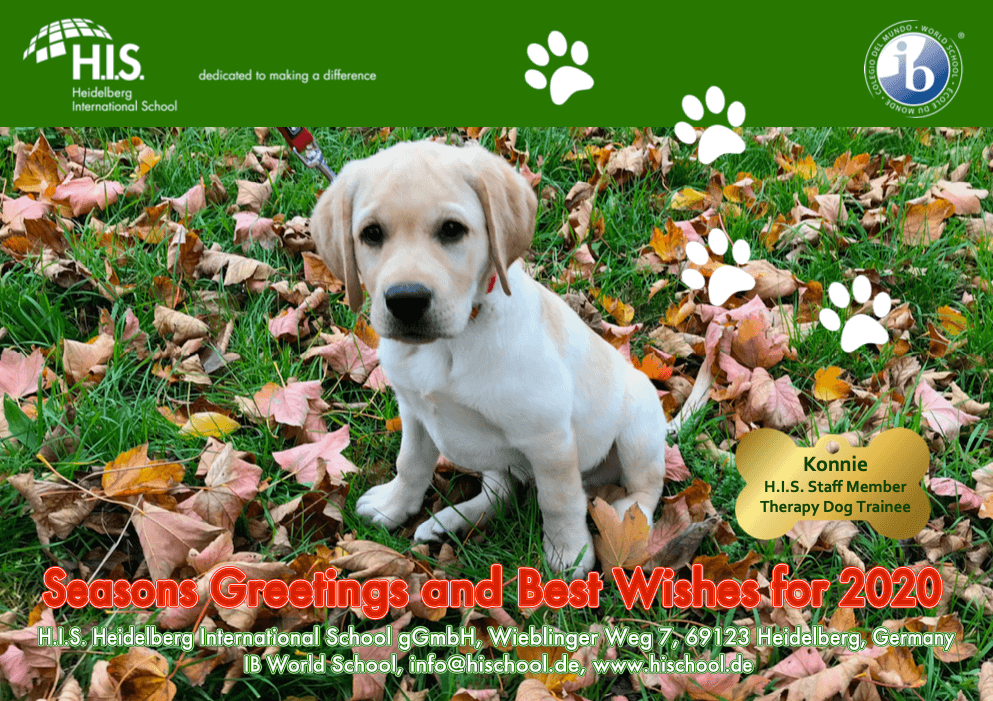 When a group of H.I.S. students and teachers went to the Waldpiratencamp to hand over a big cheque, a photographer and journalist of the local newspaper, Rhein-Neckar Zeitung were present. Enjoy reading the article published in the RNZ last week: 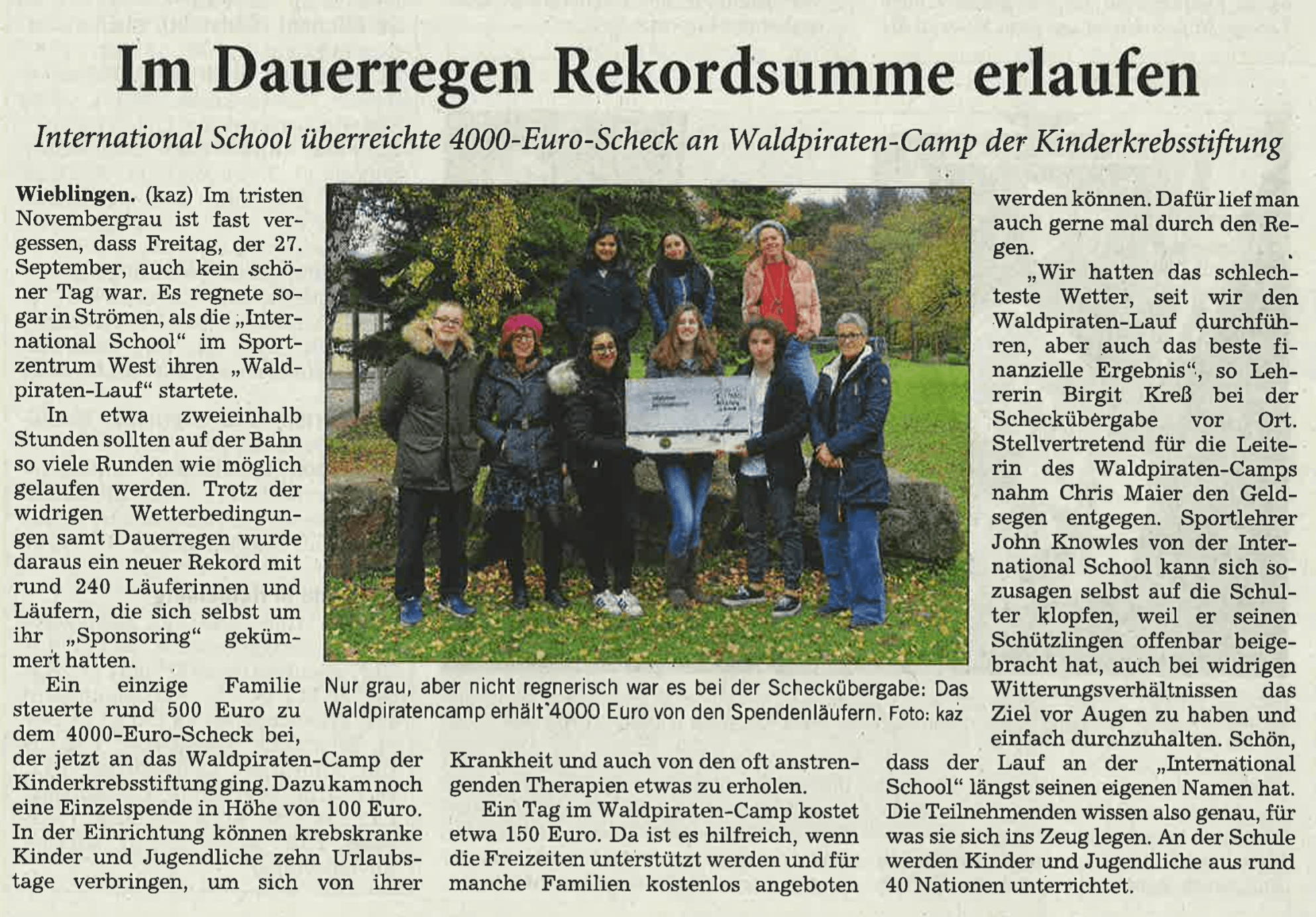 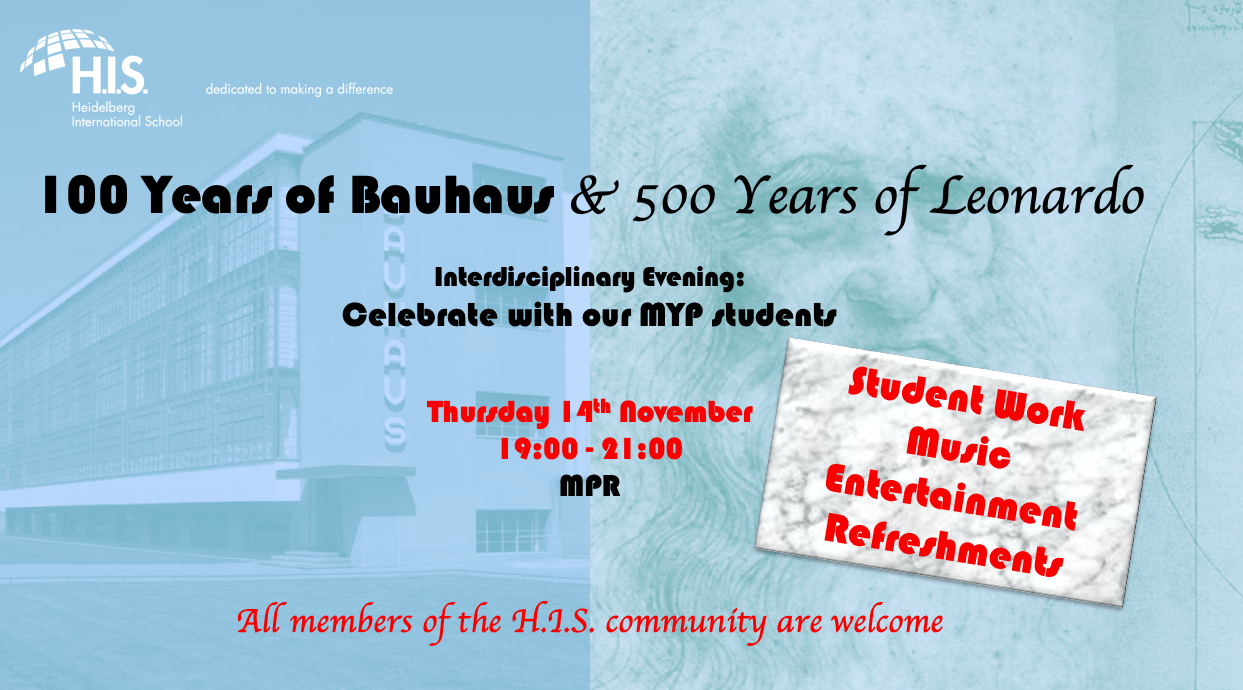 Today was the first day of construction work. The 12 students and two teachers were split into groups of five.

Each group was assigned different tasks. The first group was tasked with removing nails from wooden planks. Once they finished, the group helped remove water from the flooded lower level of the building.

The second group constructed cement armaments throughout the day.

The third group covered wooden beams with water and rot resistant paint. Towards the end, individuals from all groups joined together to secure small and large wooden beams which are to be used for the roof of the building. 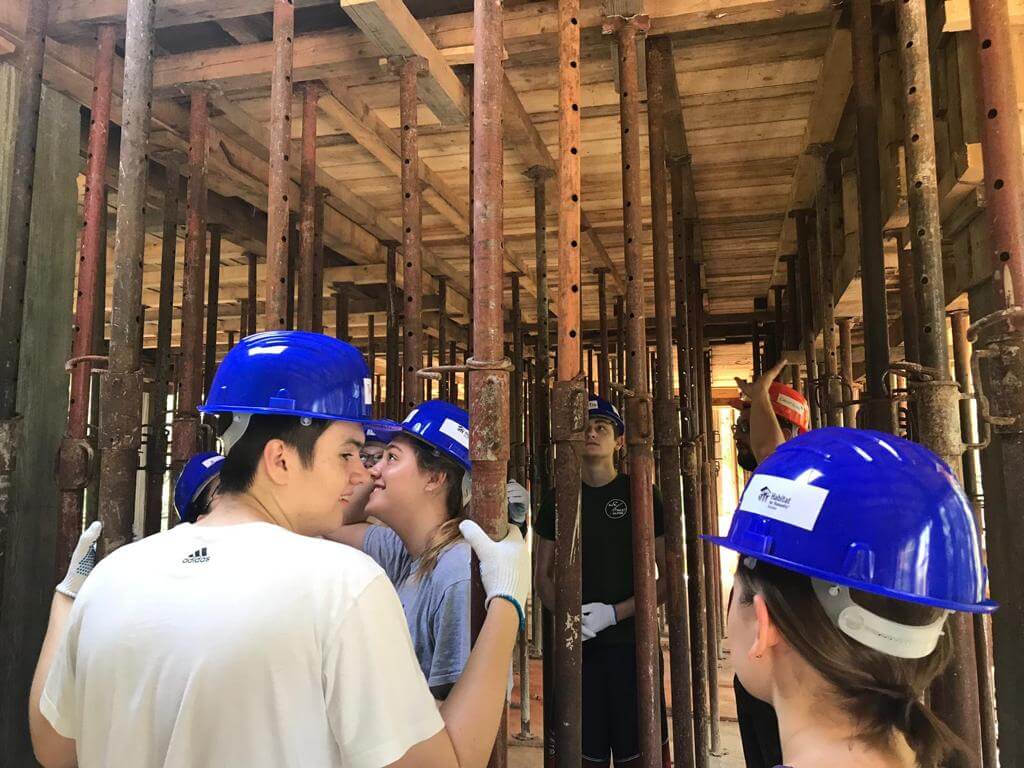 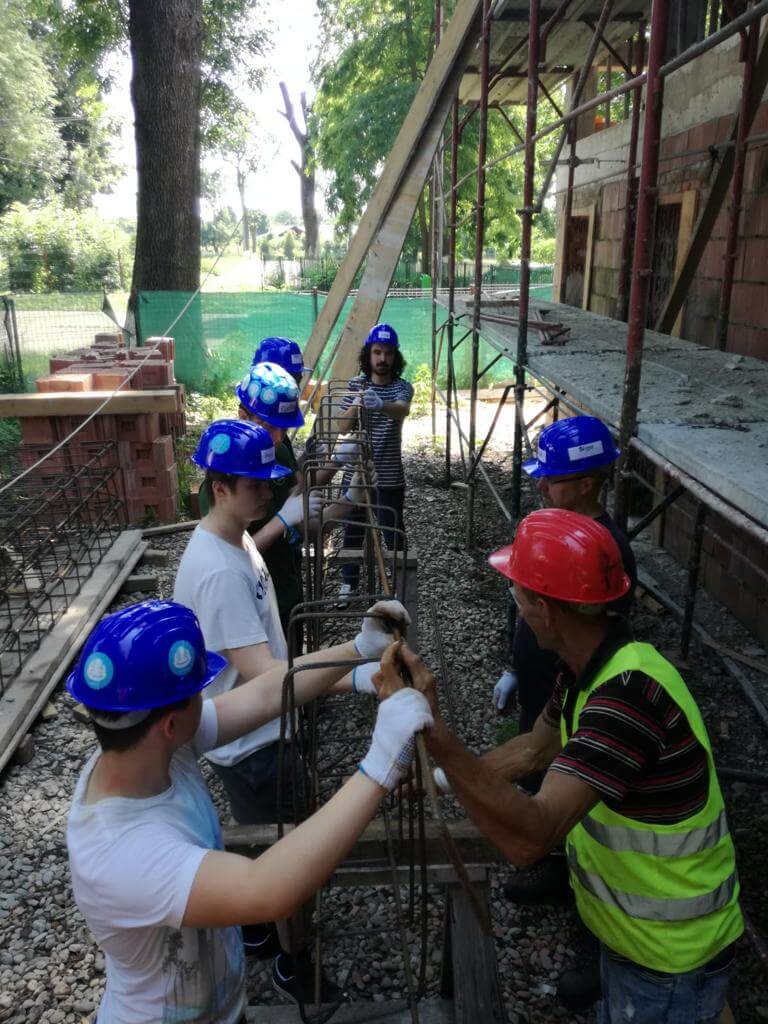 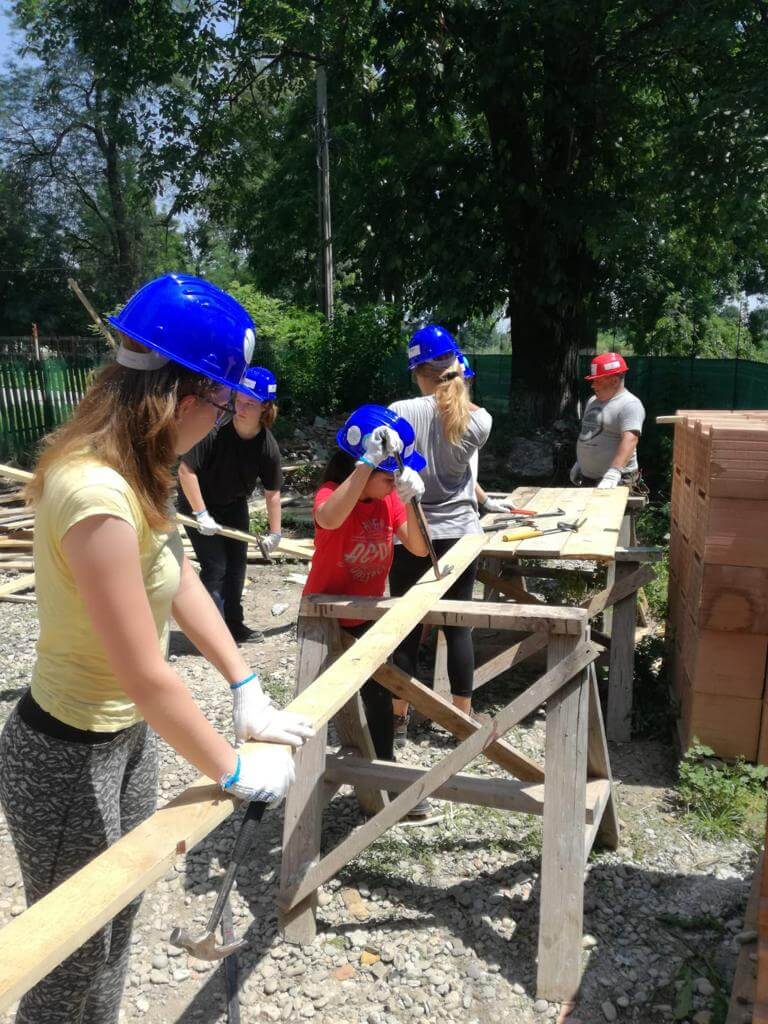 Throughout the work day, we stopped for several breaks. During these breaks, we enjoyed cold water, lunch, and other snacks. We also met several dogs that followed us around the worksite. They were so cute! 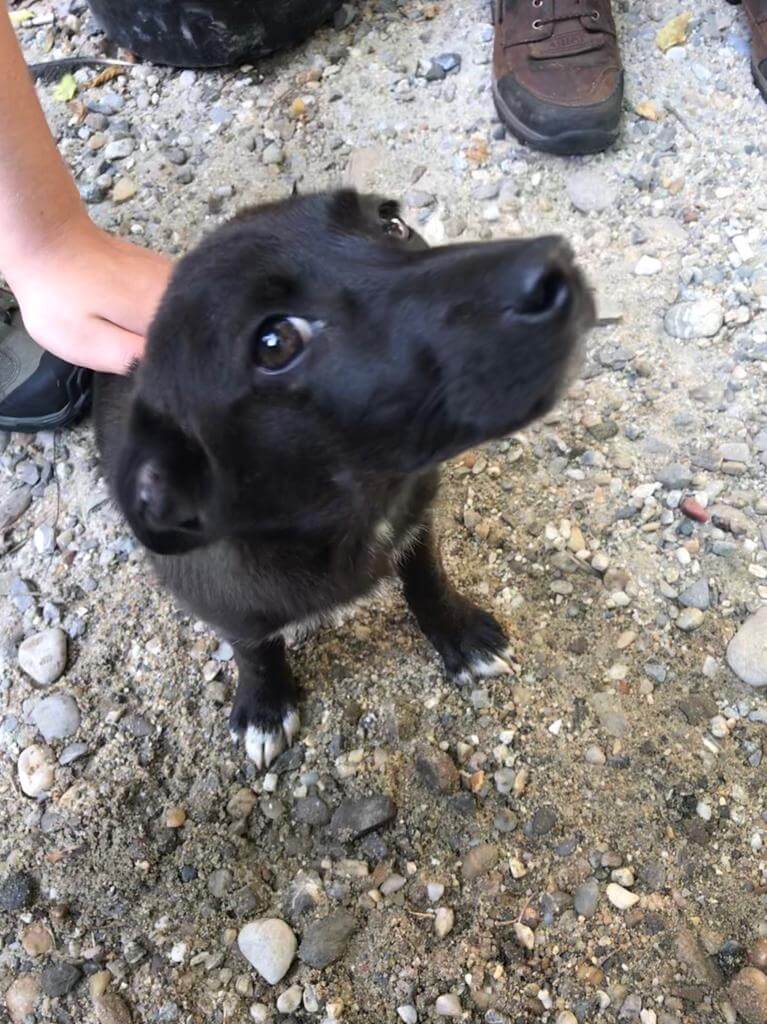 Once the workday ended, we enjoyed dinner and some chose to bowl. Others looked around the mall and some went back to the hotel. Overall, everyone had a fun day!

By Anika and Janne 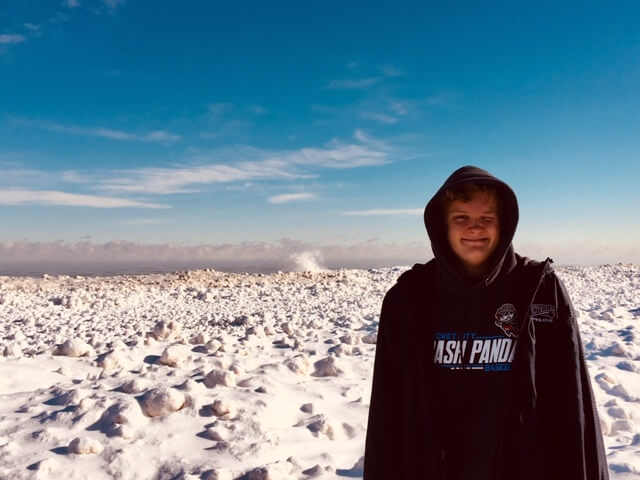 We had some news from Christian, a former H.I.S. student. His family left the school at the end of last year to move back to the US.

During their time at H.I.S., the family travelled to Mayana, as part of an MCP (Make Change Possible) Friends Trip. Christian will be going back to Mayana this summer. He wrote to share the following with us:

“Hello from Christian – I was a student at H.I.S and moved back to the USA last summer. Notice the frozen Lake Michigan behind me! This upcoming summer I am going on the Make Change Possible  trip to Mayana, Namibia. While I am there I will be helping the local MCP team with using computers, I am also going to help the local school with their computers.” 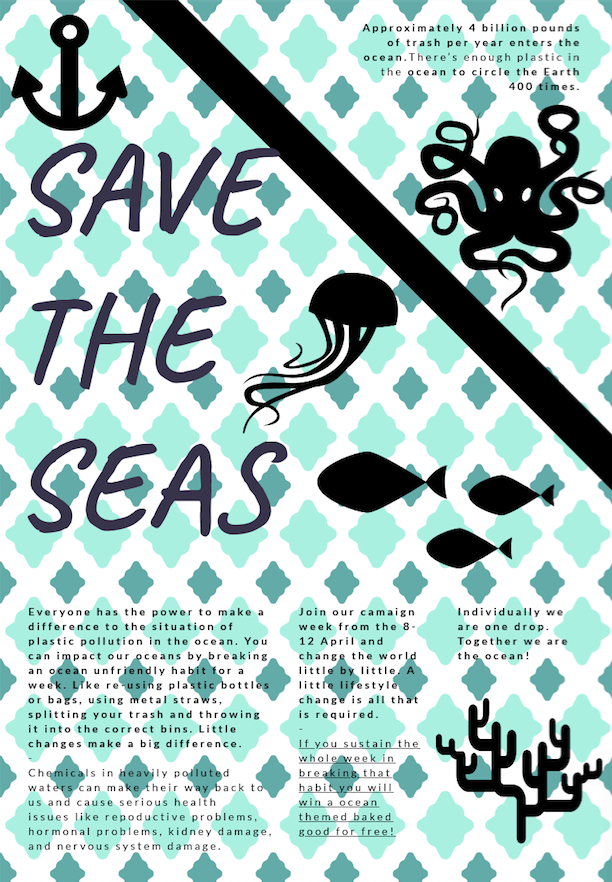 We are now producing nearly 300 million tons of plastic every year, half of which is for single use.

More than 8 million tons of plastic is dumped into our oceans every year.

Everyone should be aware by this point that we humans are slowly, but steadily destroying our planet. We are polluting the air and filling the sea with artificially created products, most of it is plastic.

When plastic was created in 1907, by Leo Hendrik Baekeland nobody could have prophesied that this discovery would be a leading cause for the biggest challenge humanity faces today. The death of our home.

We have two homes when we come to this planet, our earth and our bodies. However, the one-time use of plastic and insufficient recycling of it, is indirectly harming our bodies too! Chemicals in heavily polluted waters can make their way back to us and cause serious health issues like: reproductive problems hormonal difficulties, kidney damage and nervous system damage. Therefore plastic pollution will not only harms the various different living organisms we share out planet with but also out own health, yet we are too lazy to use and reuse it mindfully.

The responsibility of taking care of our planet is not only towards all the other species that we share our planet with but also for the future generations. Every year 100,000 marine creatures die from plastic entanglement and these are only the ones found! Humans are the only species producing plastic! We talk about Zoos and animal testing being wrong, but what about the birds and the fish that we brutally murder without second thought?

You might think the plastic floating around in the oceans has nothing to do with you, because you don’t own factories or throw things into rivers. But that doesn’t mean you aren’t contributing to the problem in some way! Everyone has an influence on the situation and with that influence comes a responsibility to use it for the good. It is always easy to blame governments or companies for our dying planet, but when are you going to do something about it? Even little changes to your lifestyle can make an impact on the planet. If everyone cuts out a ecologically unfriendly habit it will improve the sea bit by bit.

Join out campaign from the 8th-12th April. I will be be awarding ocean themed bake goods at the end of the week as prizes for the people who successfully changed one of their unsustainable habits. These can range from: cutting down on the usage of the plastic bottles, separating and recycling your trash or using re-usable shopping bags. There will also be an art installation on the first floor at the library foyer raising awareness about plastic pollution, check it out if you have time! And remember…You can never cross the ocean unless you have the courage to lose sight of the shore. You can never achieve anything unless you make sacrifices, sacrifice your usage of plastic to keep our planet alive. 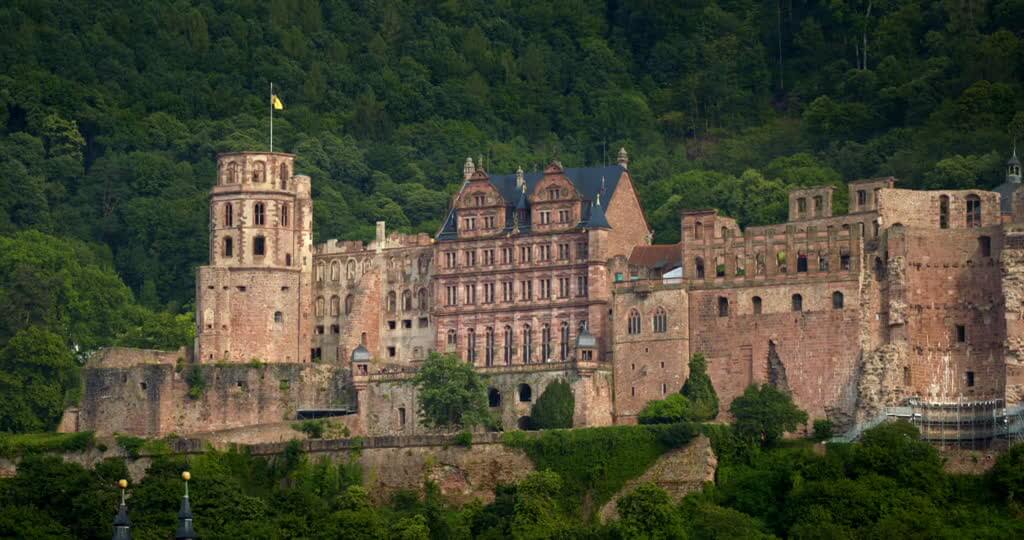 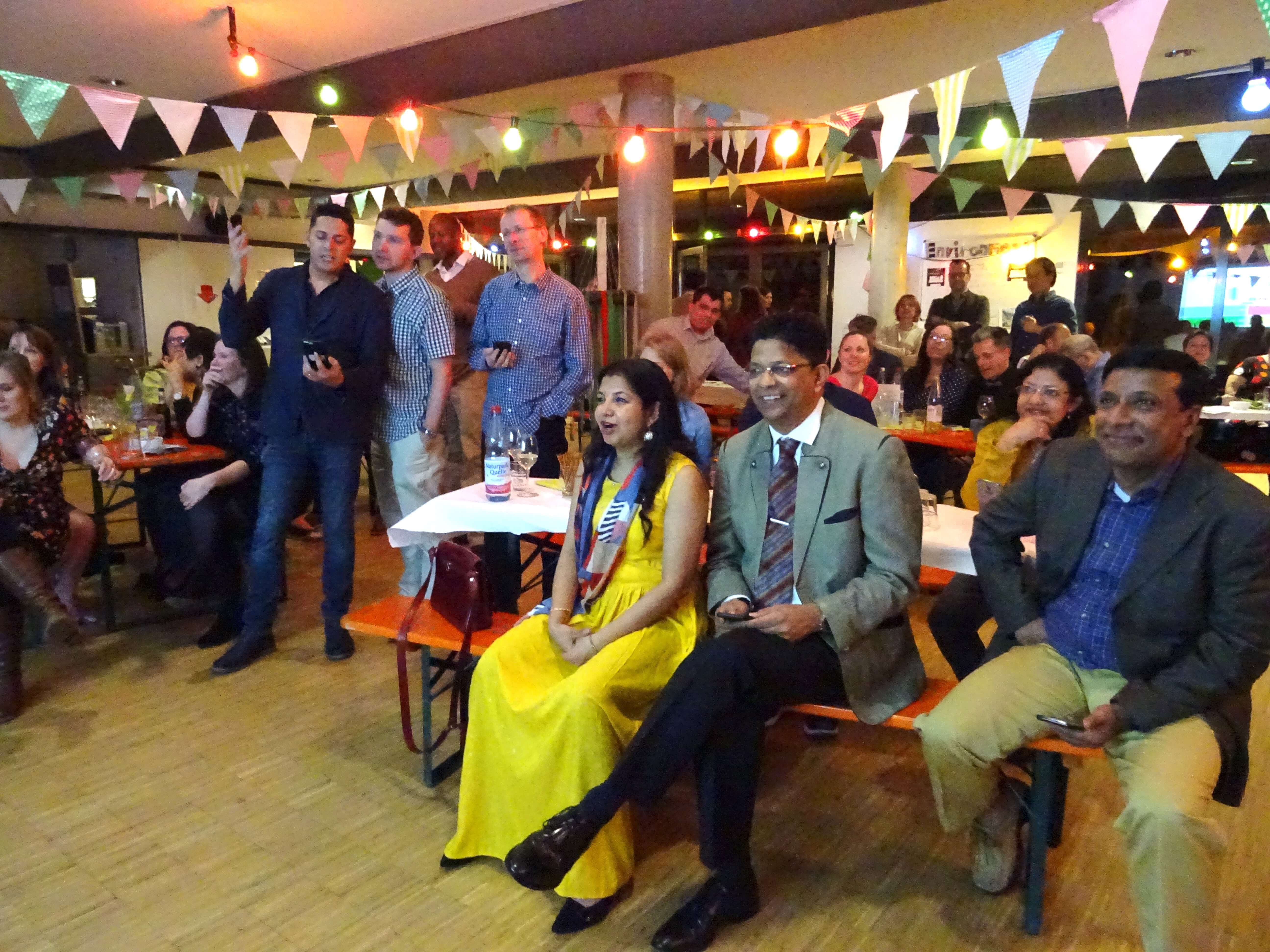 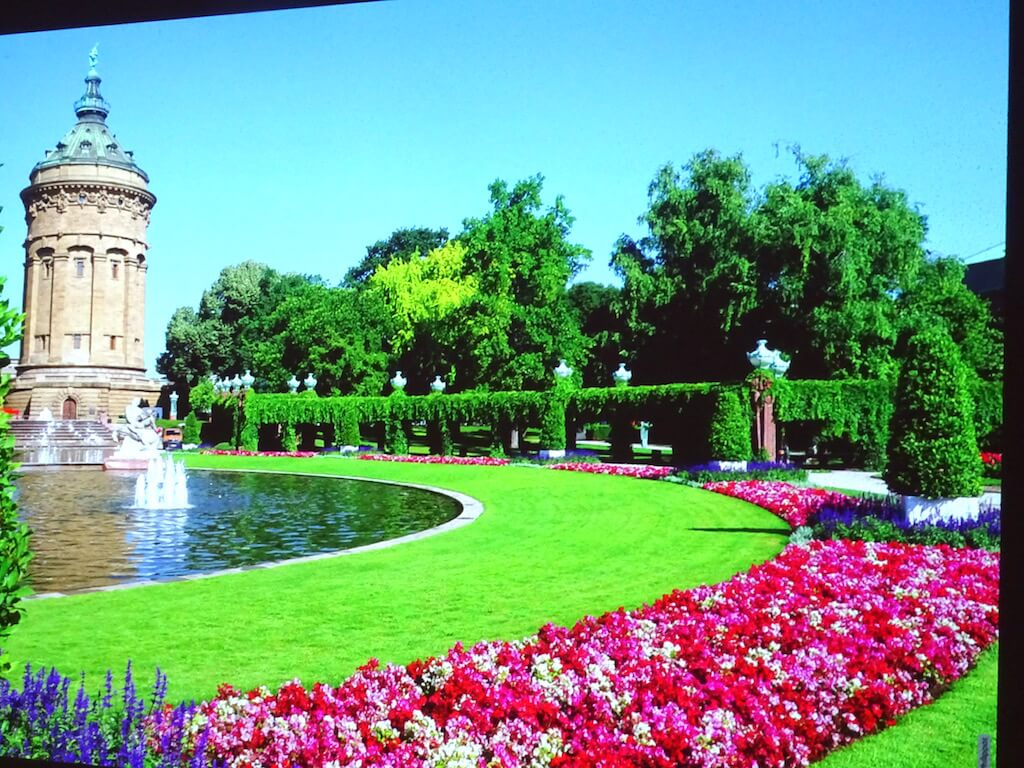 A slideshow with German sights informed guests of historical, cultural, architectural and culinary highlights of the host country. Have you spent time at the German seaside? How many countries share a border with Germany? Thanks to the members of the CWG (Cultural Working Group) the evening turned out to be entertaining as well as informative. 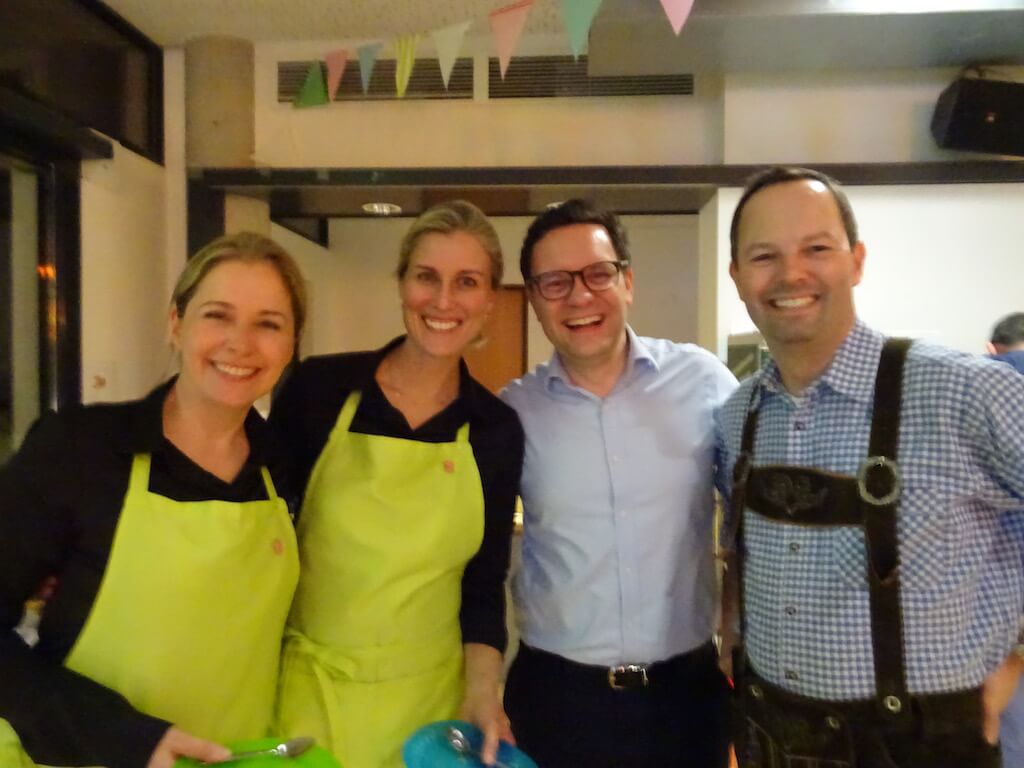 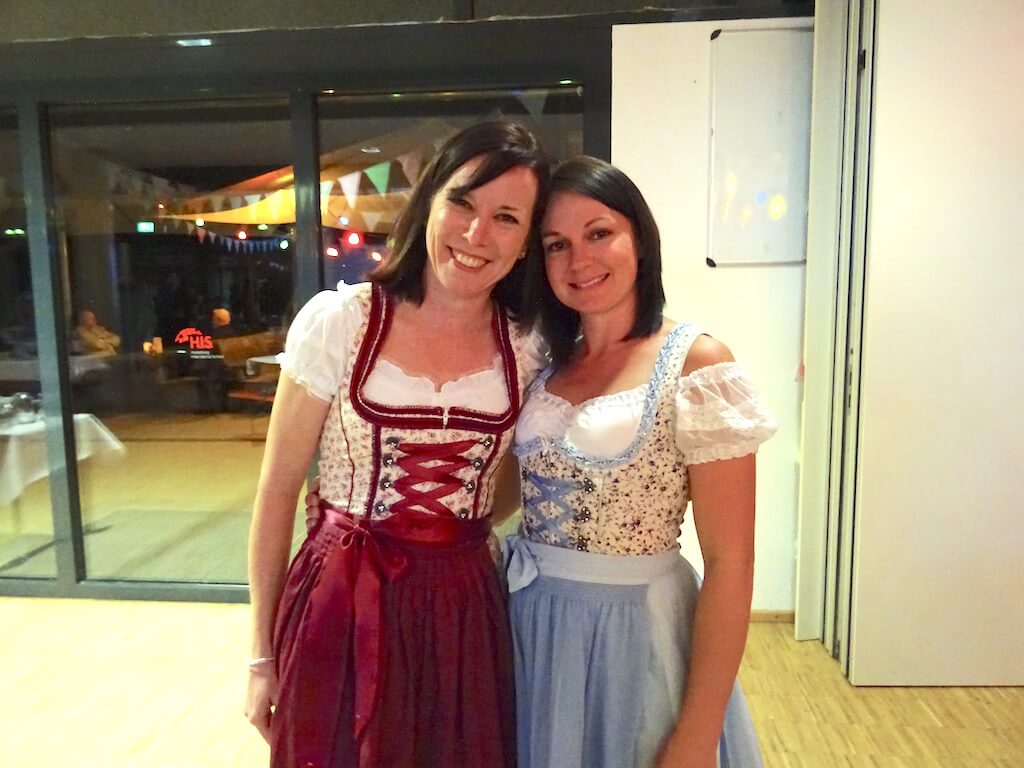 A variety of German food and drinks awaited the guests as well as the musicians Claus and Klaus, who played a selection of German and international hits. “Über den Wolken – aijaijaijai – muss die Freiheit wohl grenzenlos sein….”! 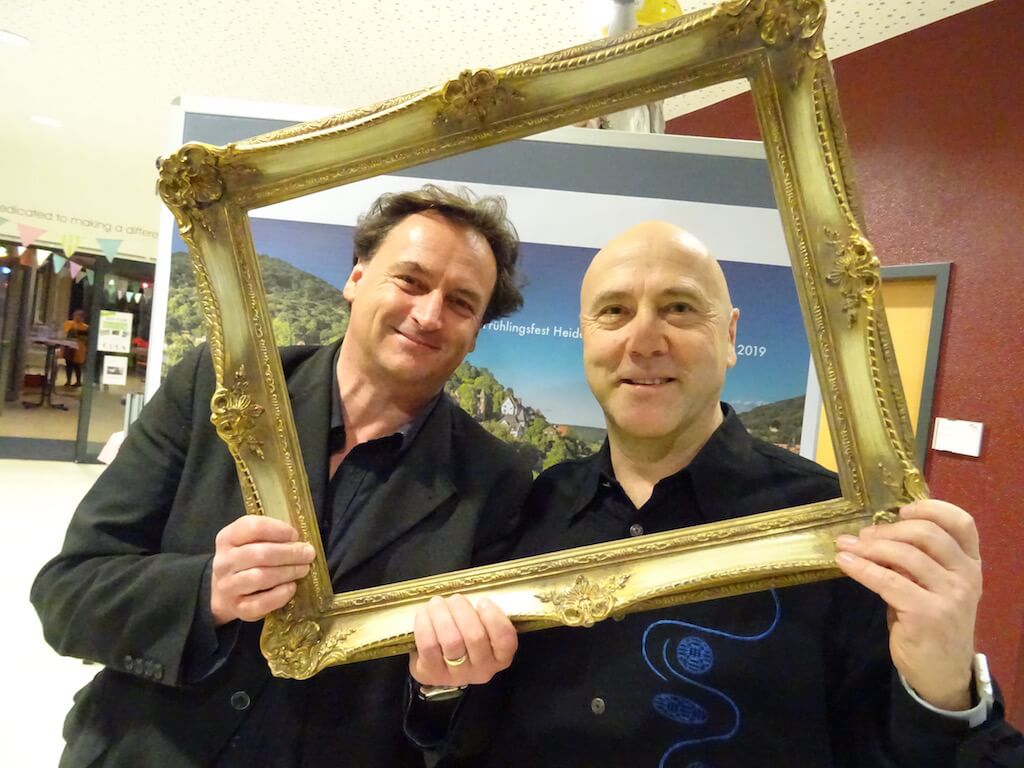 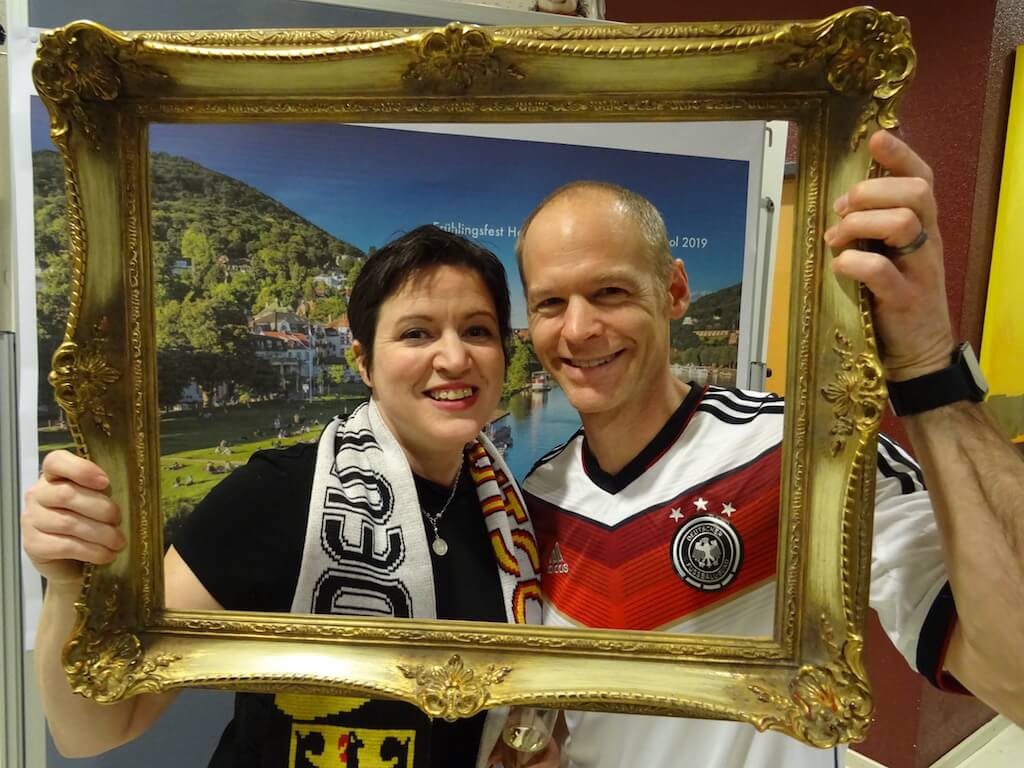 Many thanks to my fellow CWG members for investing so much effort, Zeit und Herz to make the German Evening a success, ihr seid spitze! 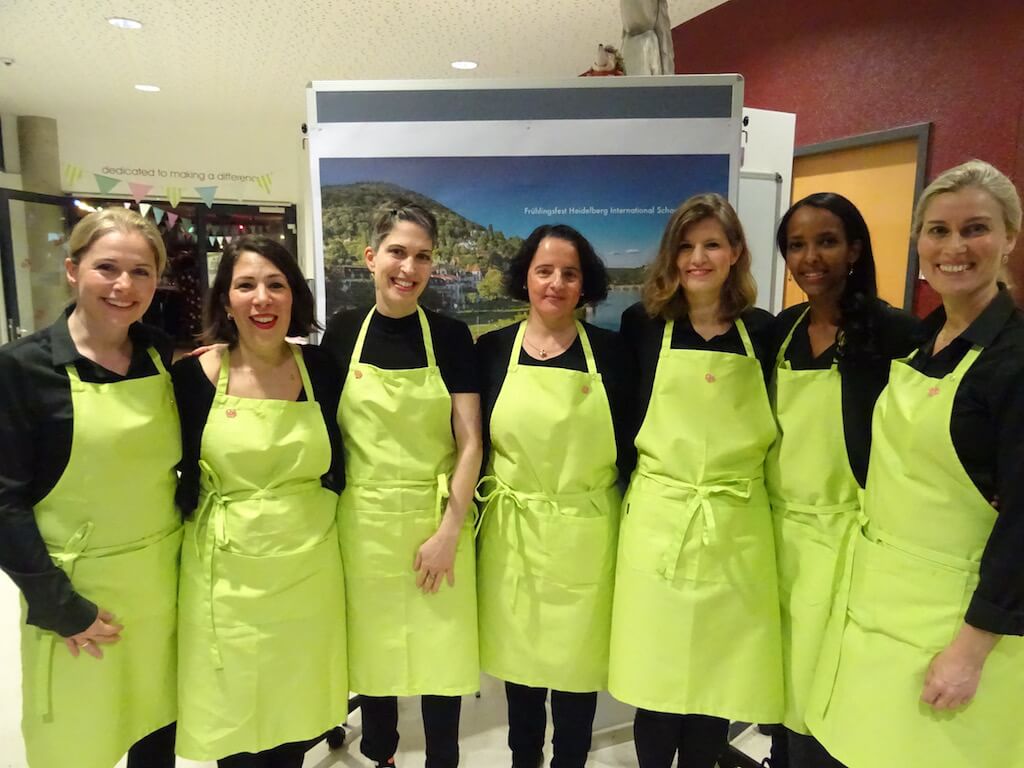