A symbolic bank cheque was handed over to Chris Maier, pedagogical leader of the Waldpiraten Camp https://www.waldpiraten.de/, by two students today. At the annual Waldpiraten Run in September, the H.I.S. community managed to collect over 5,000 €. 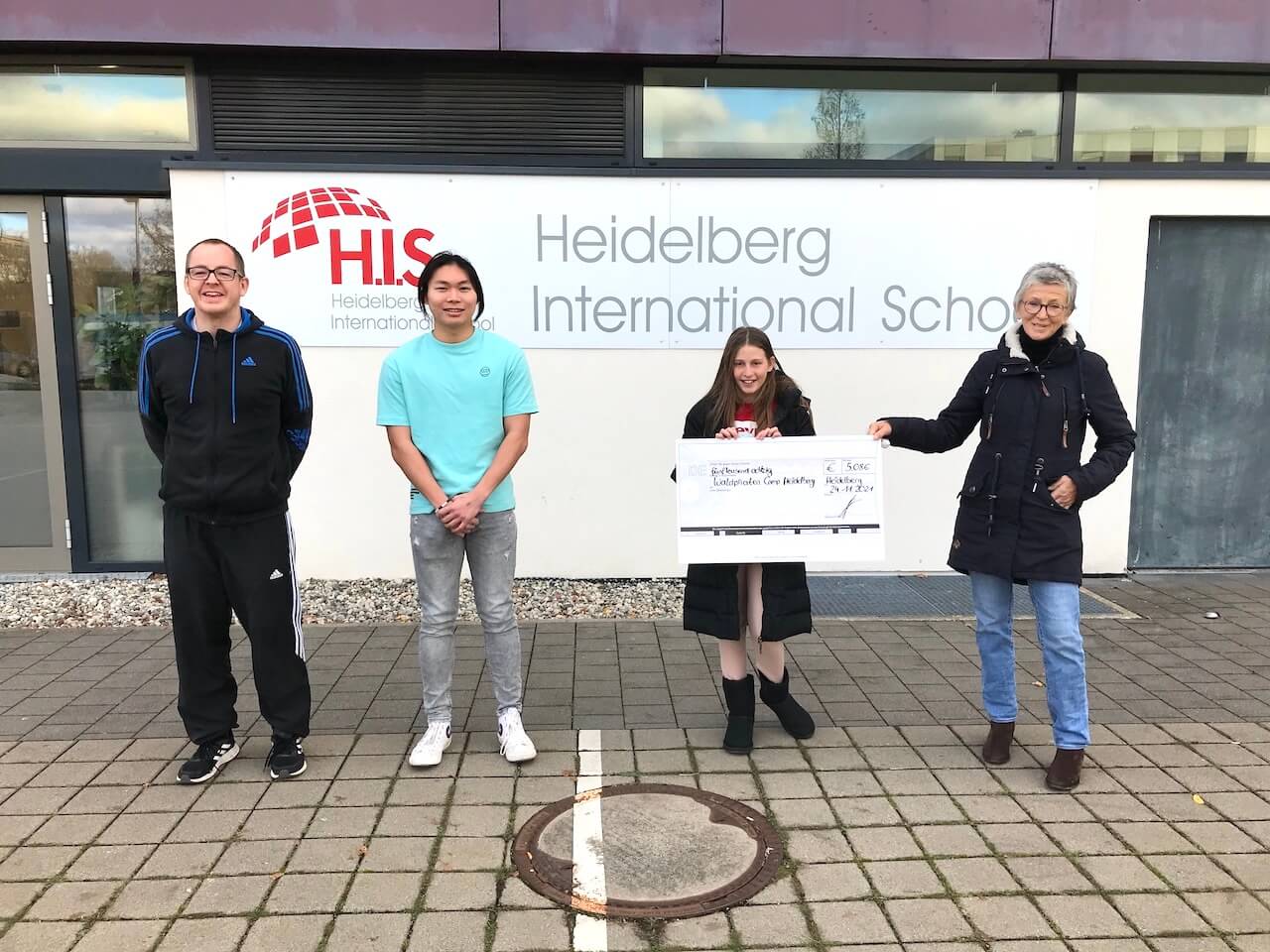 Chris Maier, who is soon going into retirement, was thrilled to receive the money for the Waldpiraten and was chatting to Kengo (Grade 11) and Marta (Grade 6) about the H.I.S. Waldpiraten Run, organised annually by the school with the support of students.

H.I.S. has been supporting the Waldpiraten since 2010, and the sum collected at the Waldpiraten Run 2021 was again a fantastic result. A huge thank you, to all students, staff and parents.

Chris Maier promised to stay in touch and remarked that she has been giving us a wave every time she has passed by H.I.S. on her bike. Her colleague, Frau Dietze, will be our new contact at the Camp and we look forward to continue our efforts of supporting the Waldpiraten. 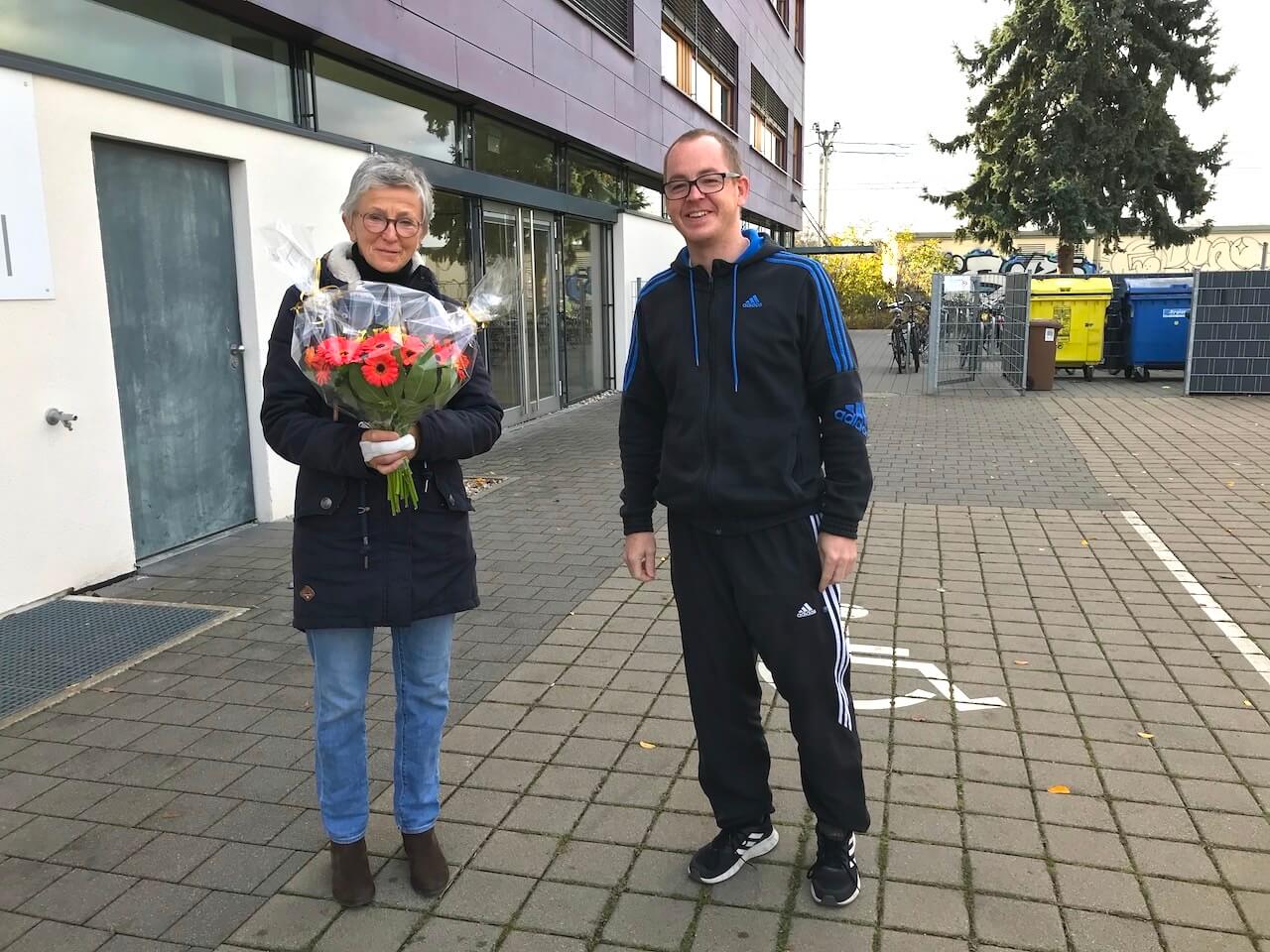 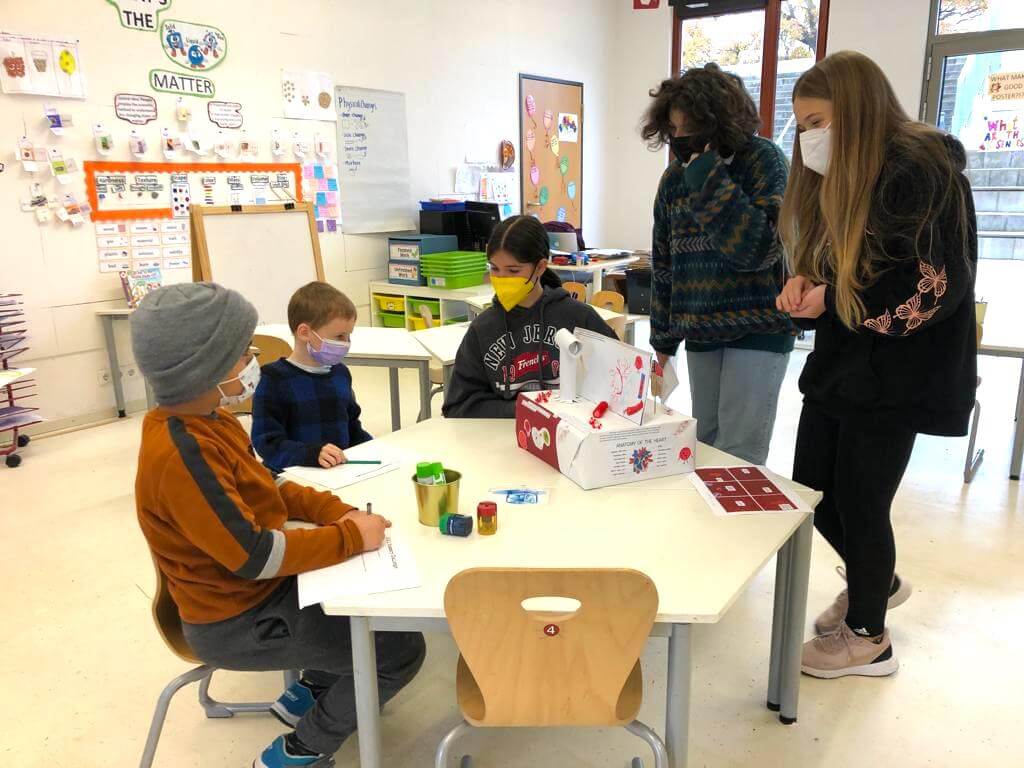 Grade 7 had the challenging task to write a story about the journey of a red blood cell through the blood system of the human body.

The creative stories were read to Grade 2  students. The young scientists were thrilled to hear how the red blood cell travels through their bodies.

One student impressed Grade 2 by presenting her story with a visual model.

Many thanks to the PTG, for organising a bake sale to help us start the weekend well! 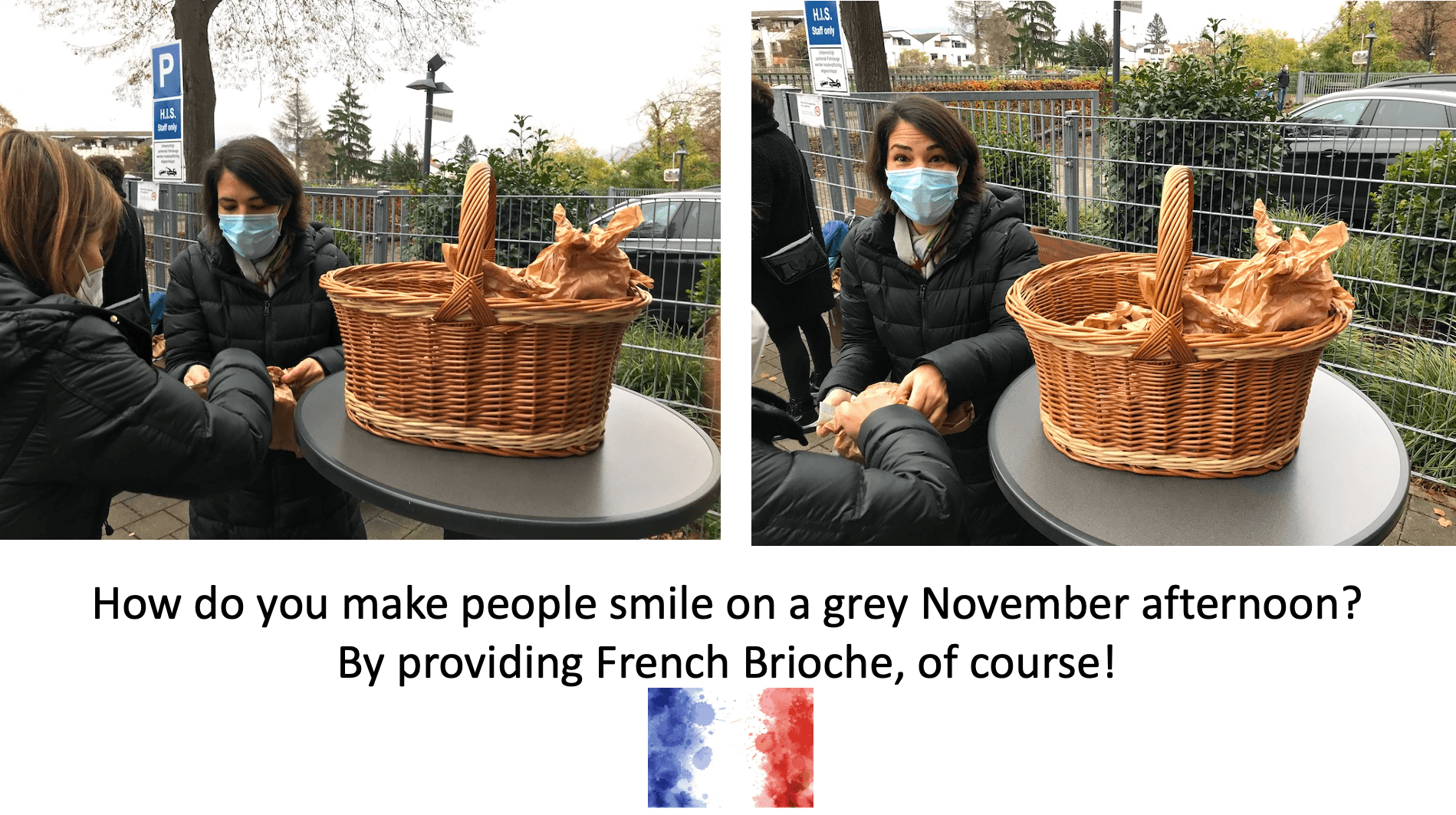 Representatives of the PTG (Parent Teacher Group) as well as Grade 11 and Grade 12 students and staff were present, when the new bench, set up around the tree within the bike park, was officially handed over to the Diploma students today.

A huge round of applause followed the ribbon cutting and words of thanks were addressed to the PTG. Immediately after the ceremony the students were invited to enjoy Pizza by the PTG.

Our thanks go to all PTG members and especially to those present and former members who initiated the purchase of the bench. With warmer weather in springtime, the bench will offer an opportunity for our older students to sit at lunch time.

Over the last couple of weeks, EP students were busy making their lanterns for St. Martin.

On Thursday, November 11 we had our little lantern parade on the playground celebrating St. Martin in German class. We sang “Laterne, Laterne”, acted out the legend of St. Martin and shared some Martin’s Men (sweet pastry) in class – as St. Martin is all about sharing. 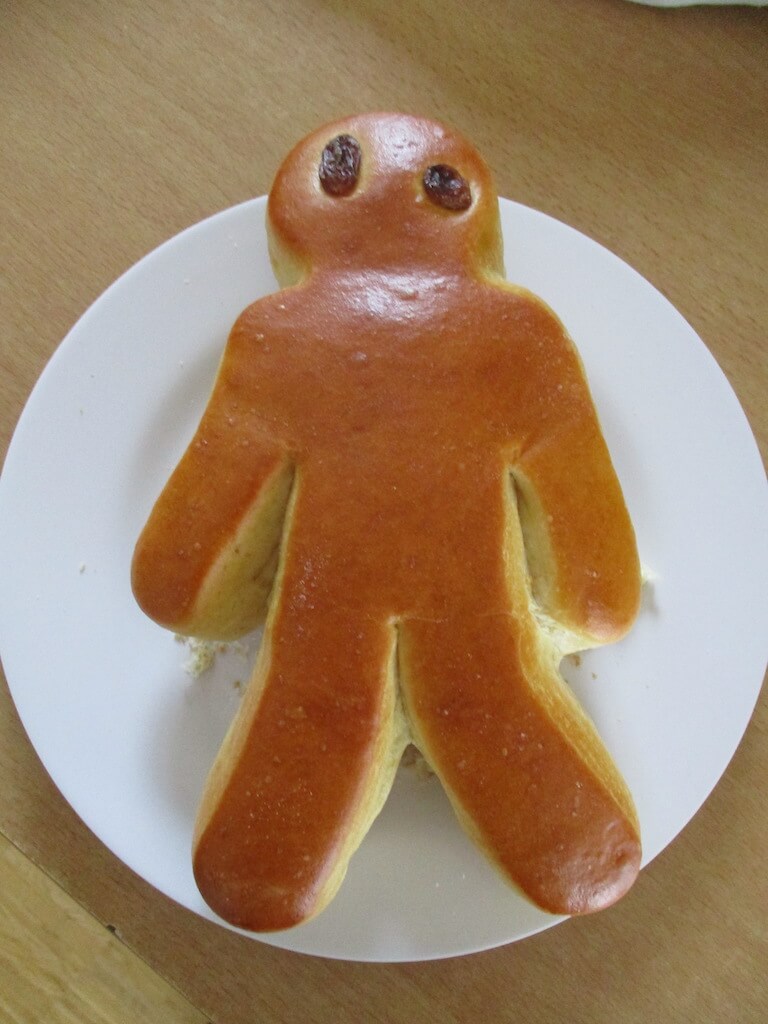 What is the story behind Saint Martin?

Saint Martin of Tours (316 – 297 CE) initially worked as a Roman legionary but was later appointed the third Bishop of Tours. He was a modest and altruistic man. Children in all parts of Germany know the legend about his saving a homeless person from freezing to death by giving him half of his cloak.

Martin and His Cloak

One snowy winter evening, Martin and the other soldiers were returning on horseback to Amiens. At the city gate sat a beggar, so cold in his ragged clothing that he could not even ask for help. Martin did not have any money or food to give him, so he took his sword and cut in half his heavy red soldier’s cloak. 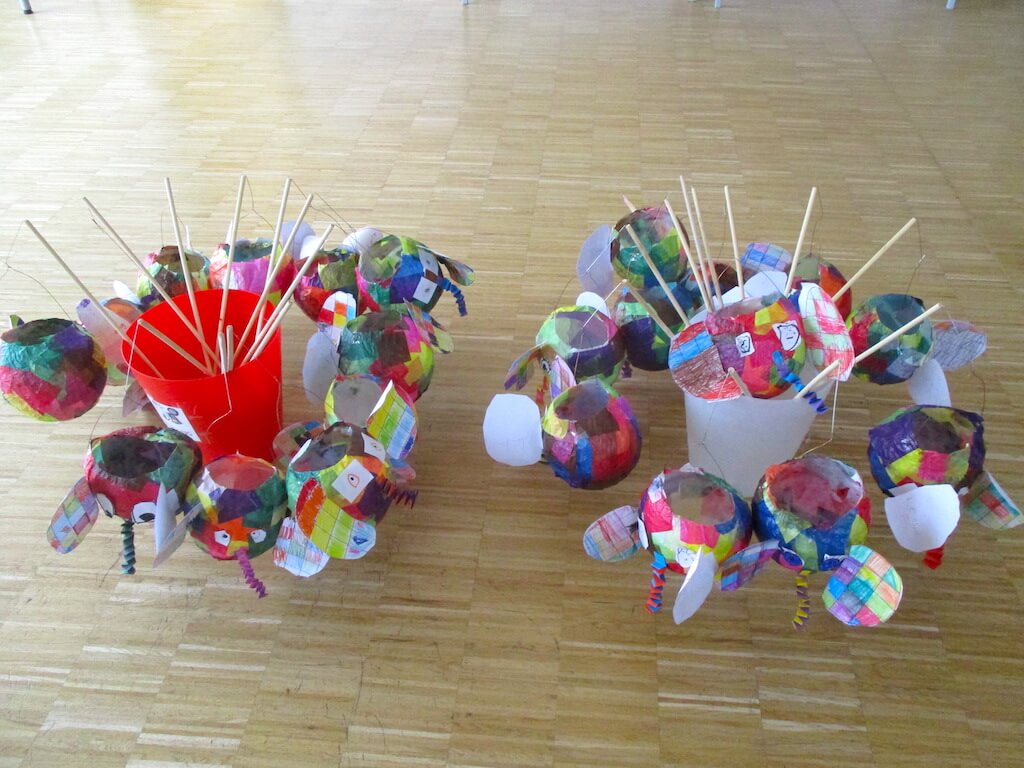 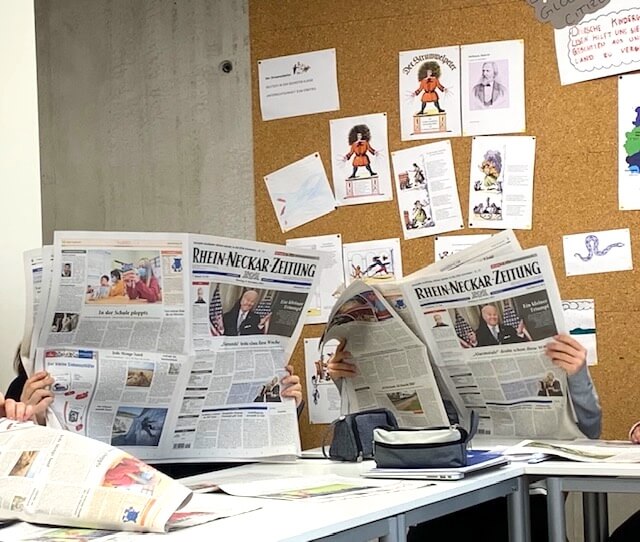 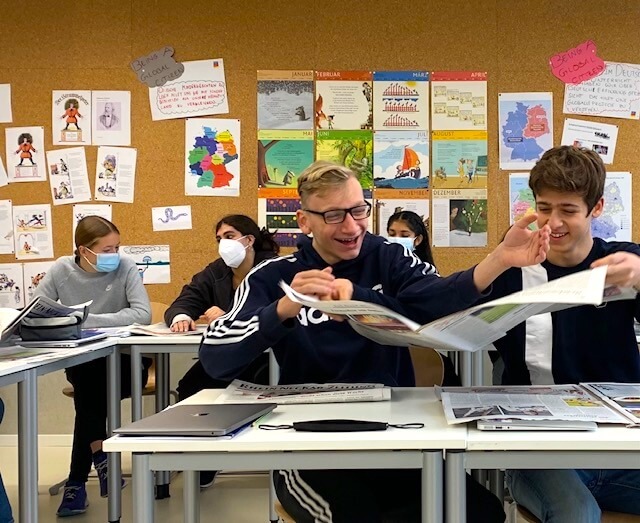 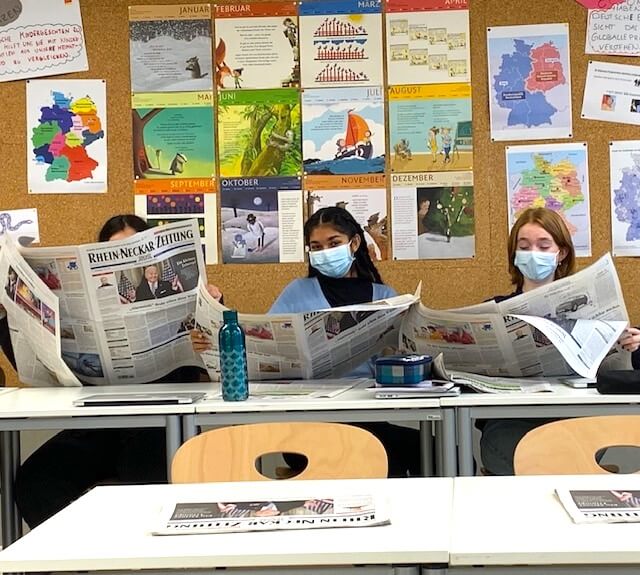 The Student Support Team is inviting parents to an online workshop on Wednesday 10 November. Please check the newsletter for more details. 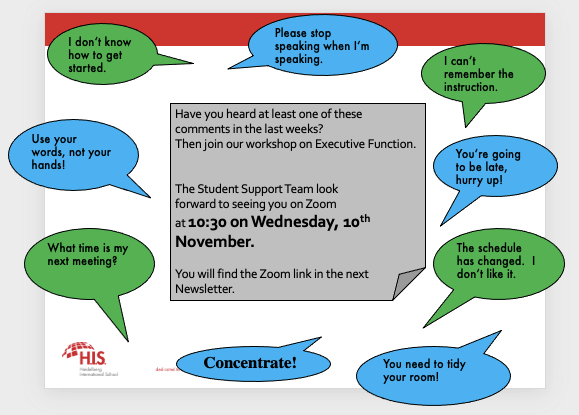