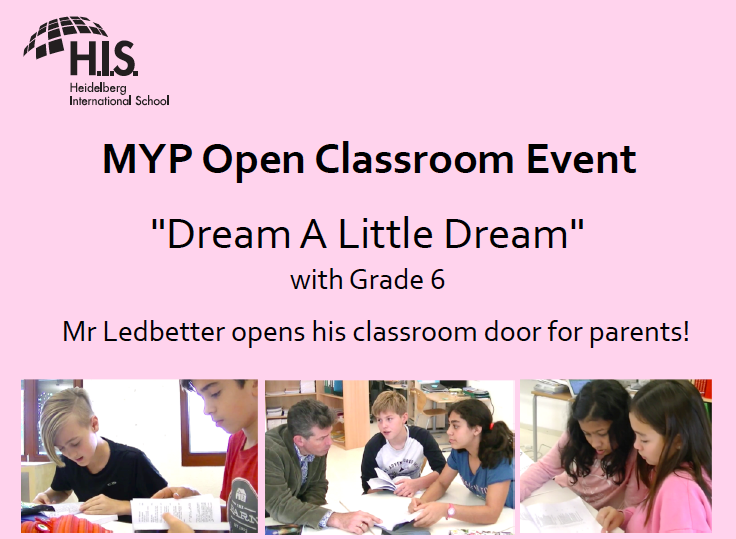 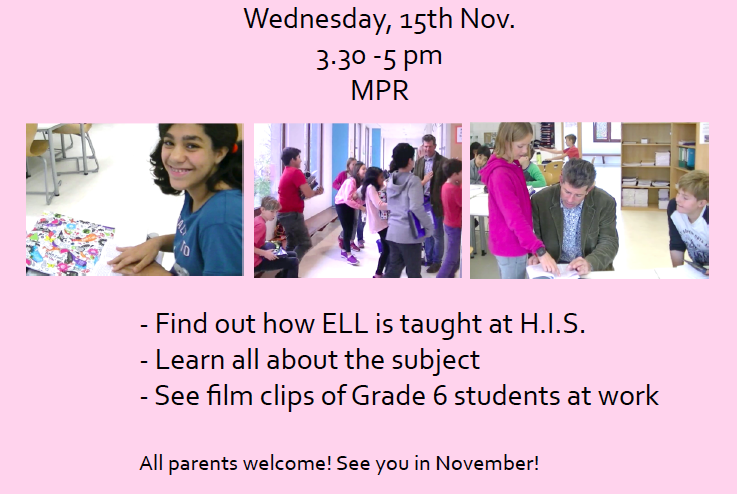 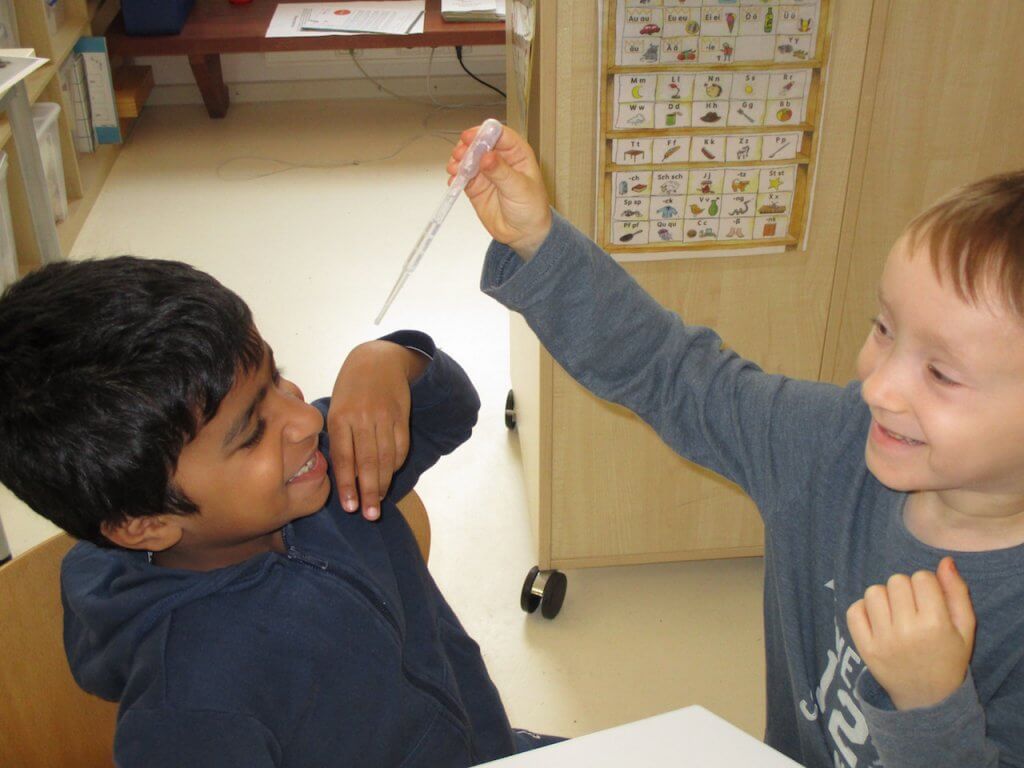 As part of the unit: Making Sense, the AGP students inquired into the function of our eyes and how our eyes are built. In stations they were able to explore and  to make experiments. 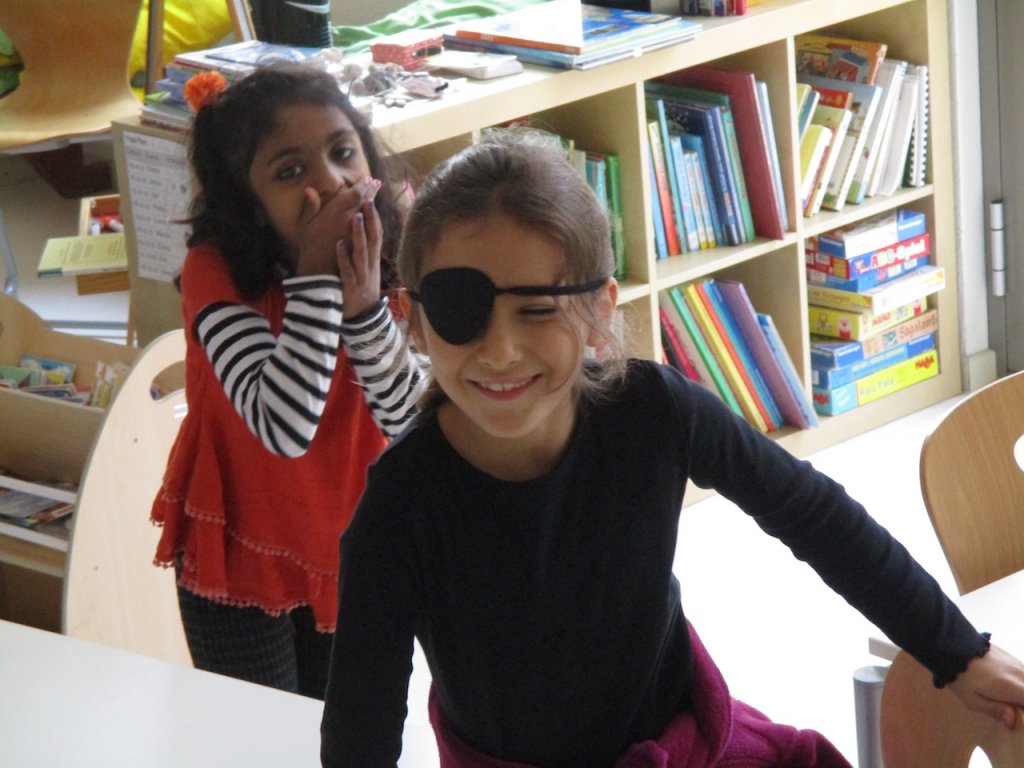 This is what they found out:  “This hole” in our eye can get smaller and bigger! Our eyes can see things even when they move and our eyebrows help to protect our eyes! Even though it is called “Augapfel”, we can’t eat it!  Every eye is different! 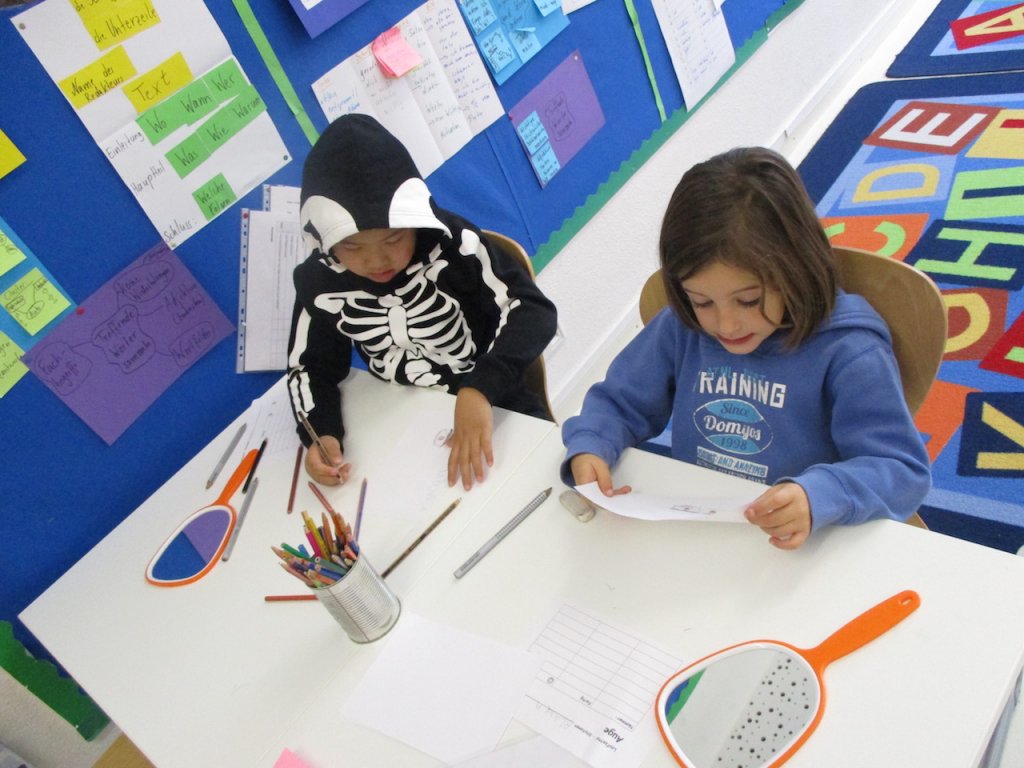 There will be new investigations about our other senses after we come back from the break!

Eyeballs or snappy donuts? The selection of Halloween finger food was sweet, colourful and yummy at the PYP Halloween Party. 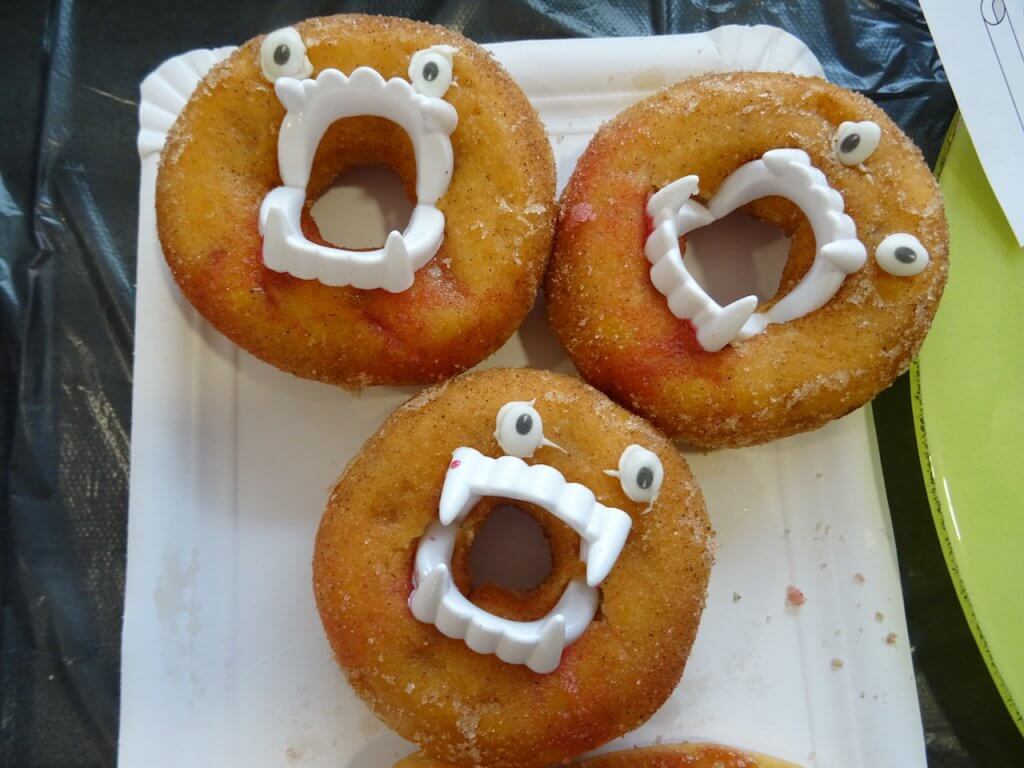 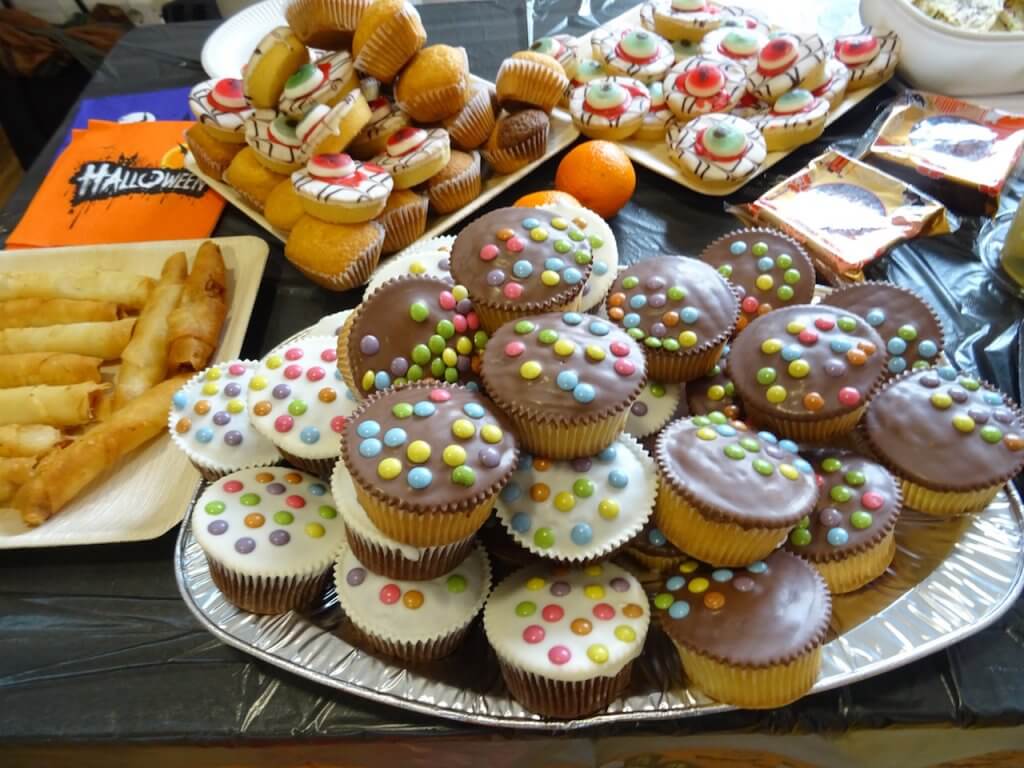 Many thanks to the parents who provided the creative treats for the students. The PYP Halloween Party was a terrific success. Theres was a costume parade from the playground into the MPR where lots of fun activities awaited the Primary students. Did you see the giant white shark leading the parade? 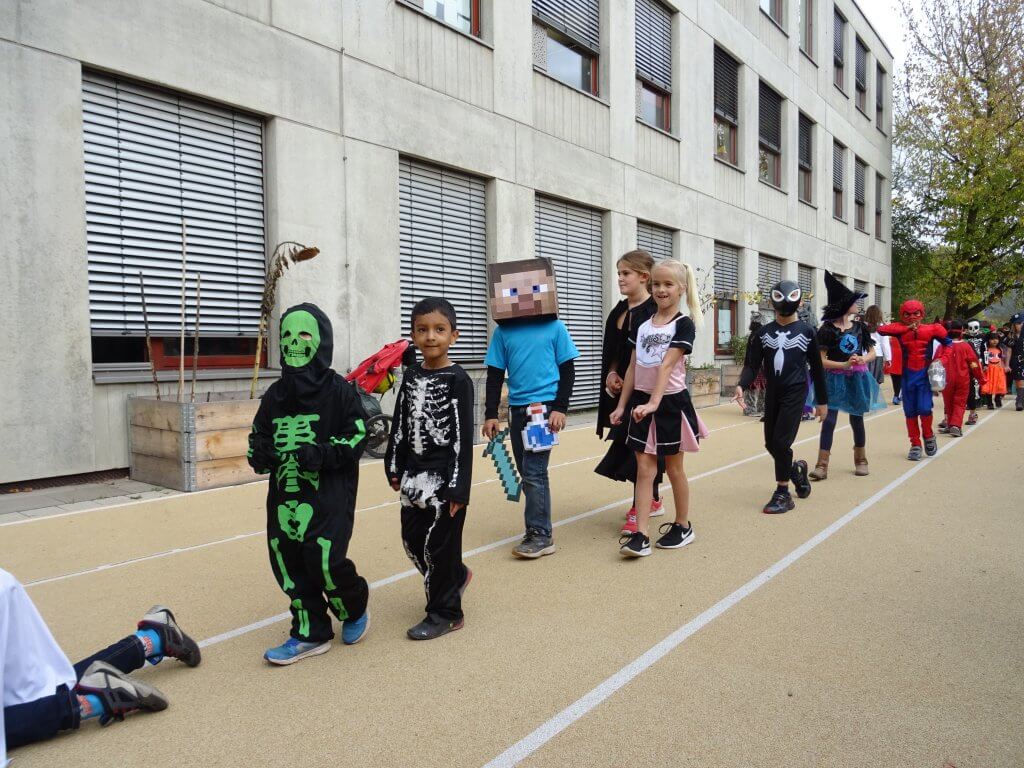 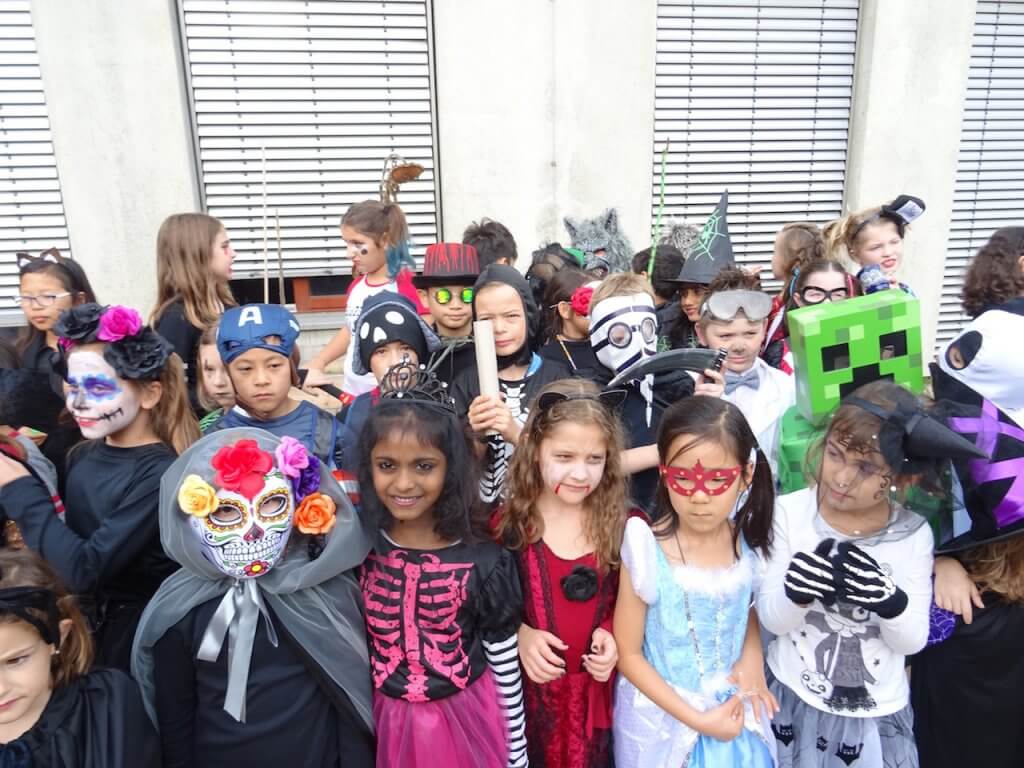 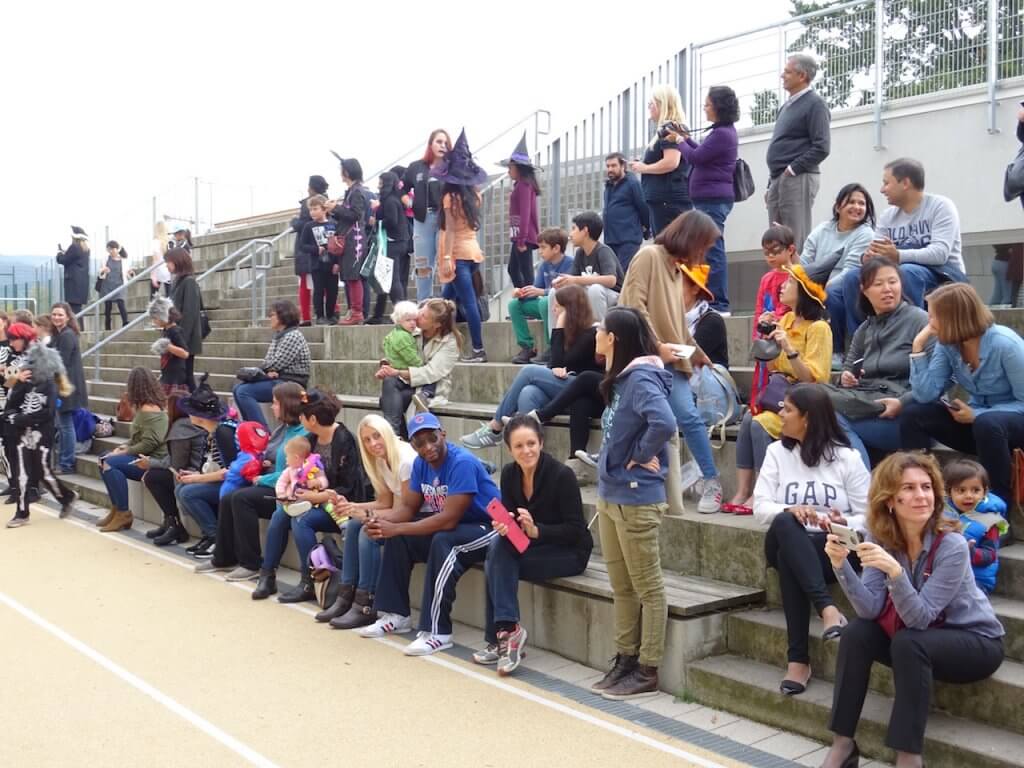 The MPR had been turned into a colourful haunted hall and was bustling with happy ghosts, supermen, witches, skeletons, princesses…….! 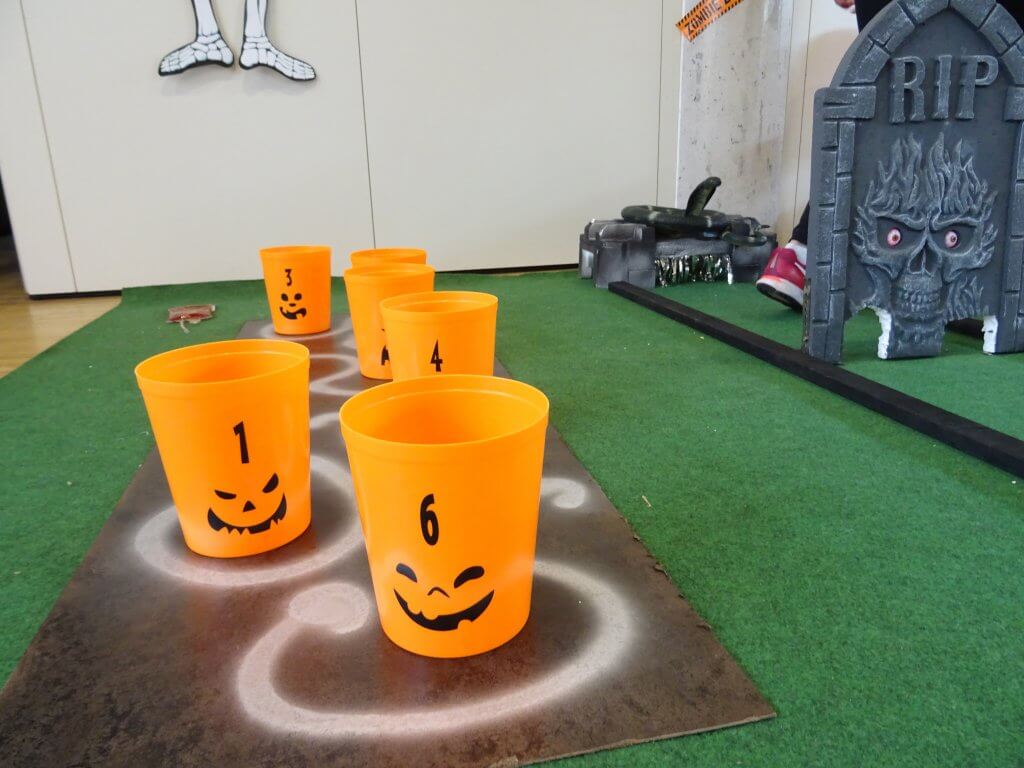 A huge thank you to Betsy and Sam from the PTG (Parent Teacher Planning Group) and to all their supporters and helpers for organising the Halloween Party 2017. 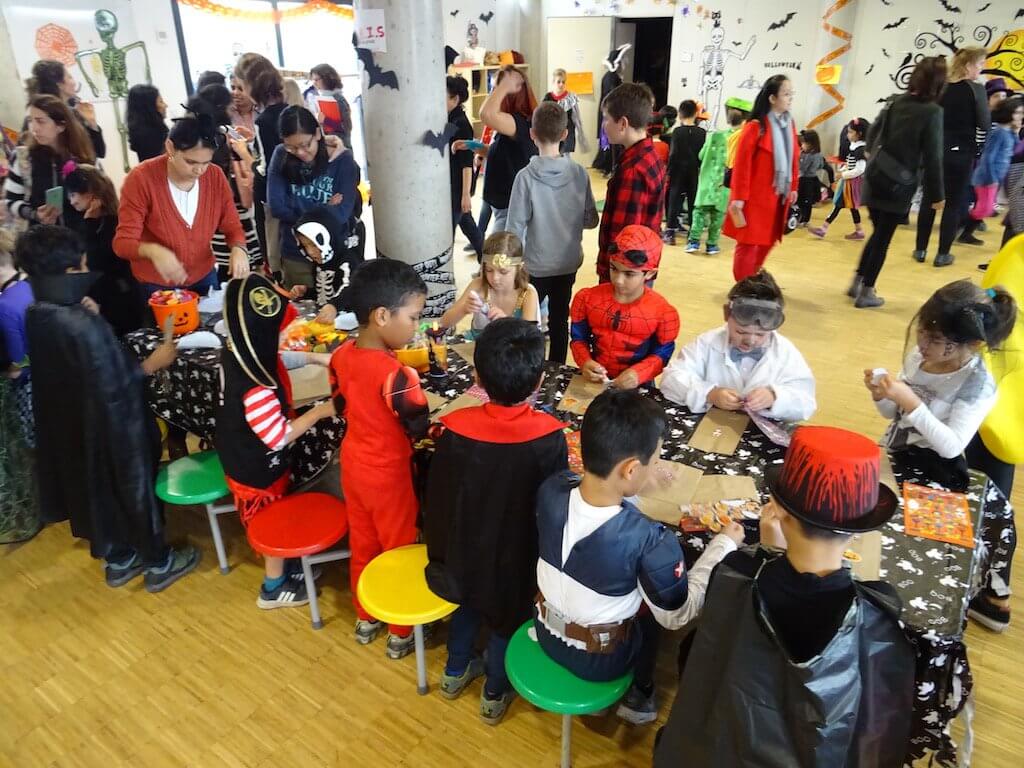 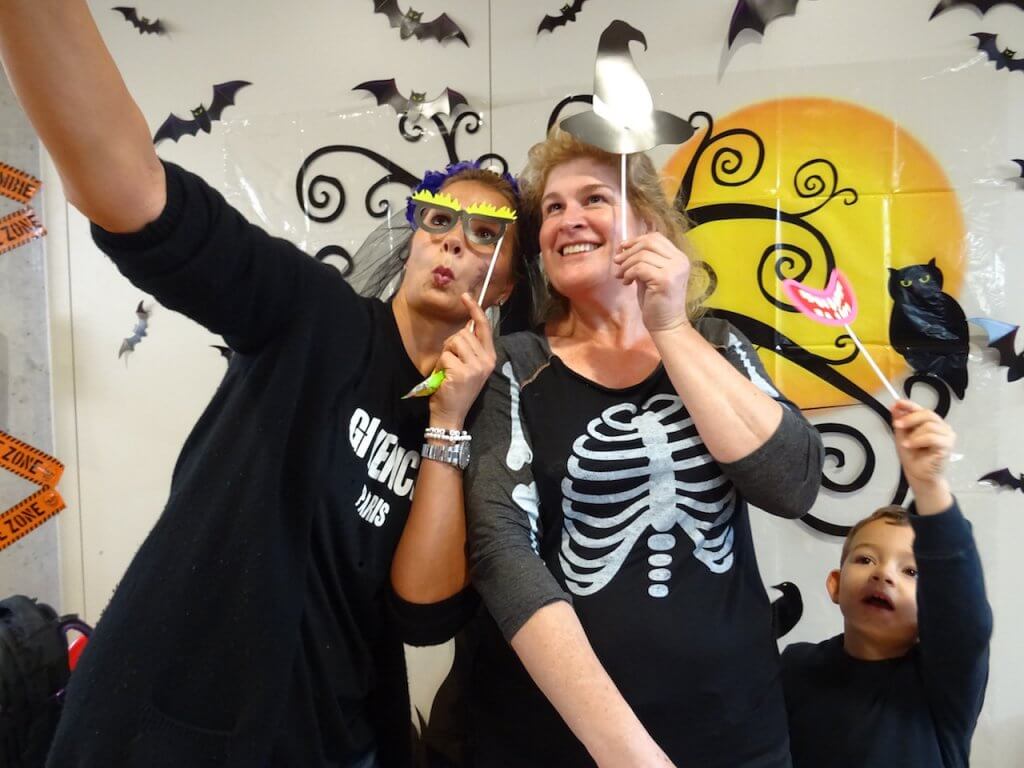 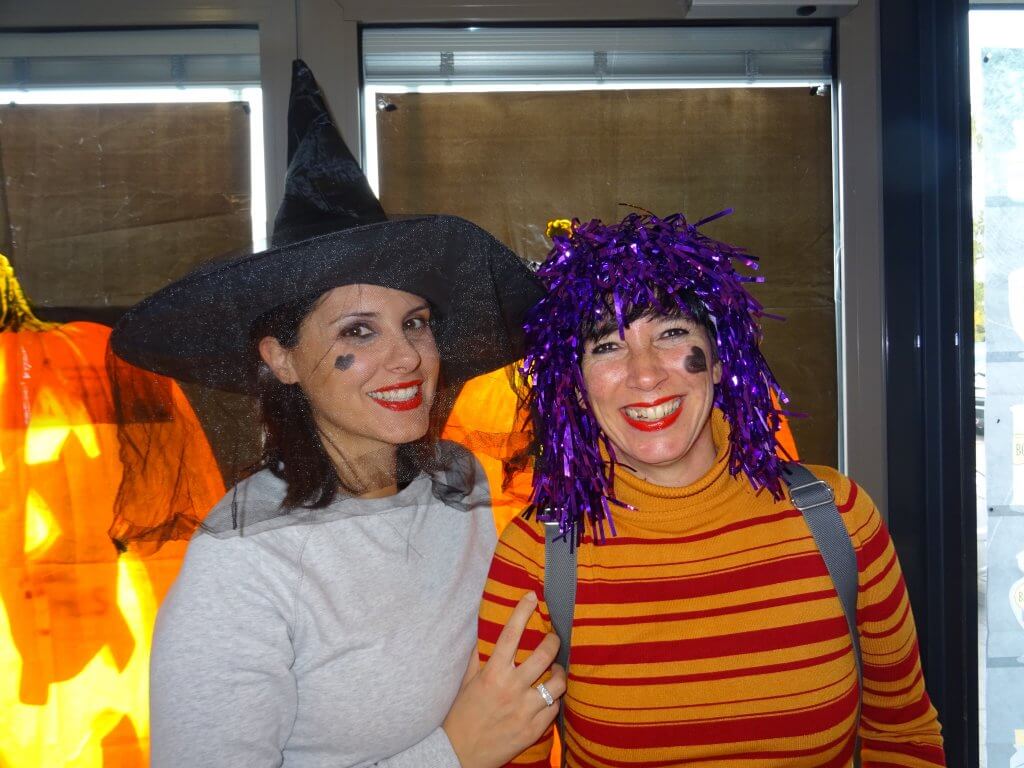 Many thanks also to the students from Grade 6 and 7 for volunteering to run the games and to those who stayed to clean up – fantastic teamwork all around! 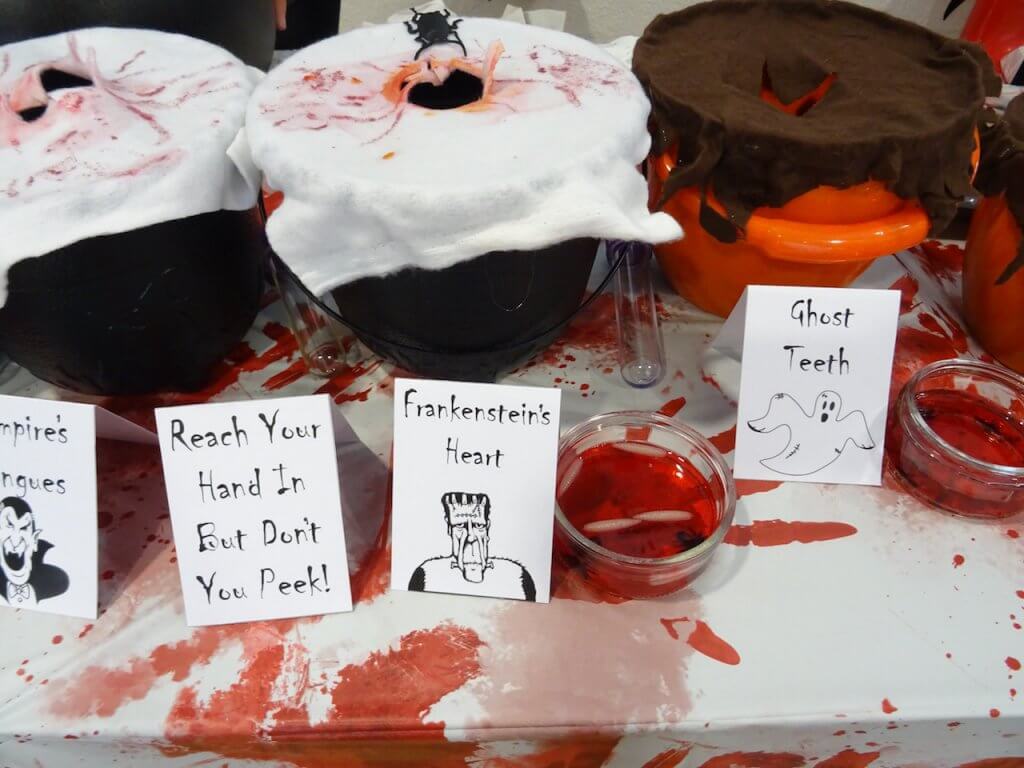 Paolo Reina, a professional Architect, joined the Grade 9 and 10 Design class to give them insight into what it is like to be a designer and give some understanding as to what makes a design good. 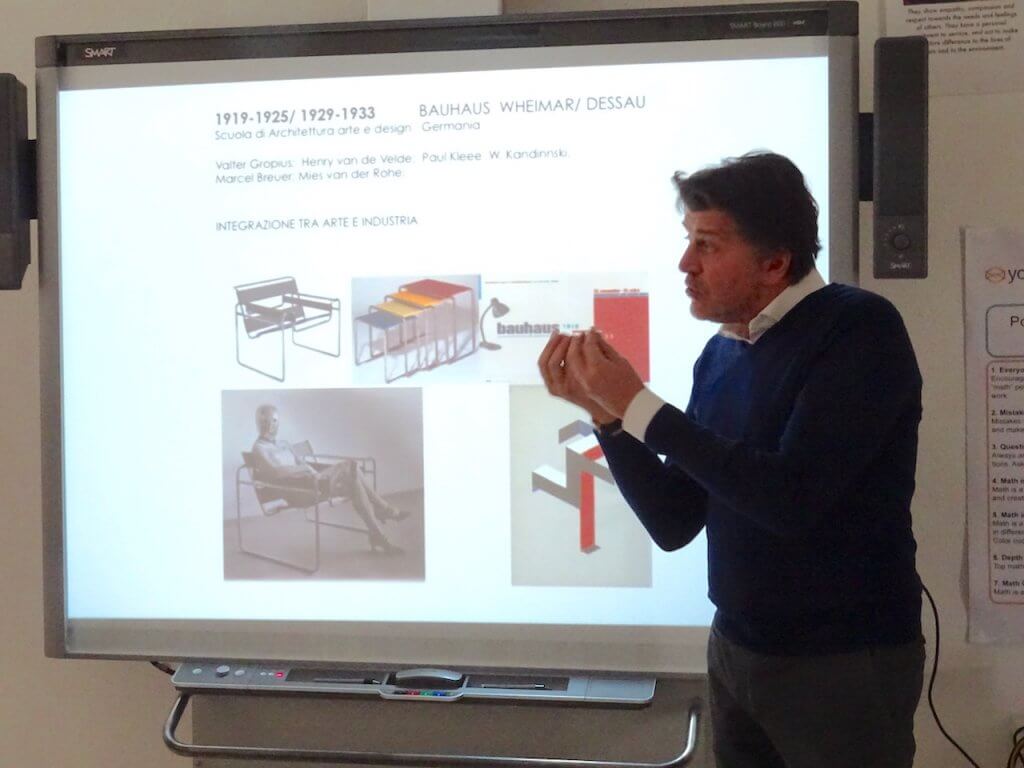 The students enjoyed hearing his perspective on design and getting some tips to help them through the design process. 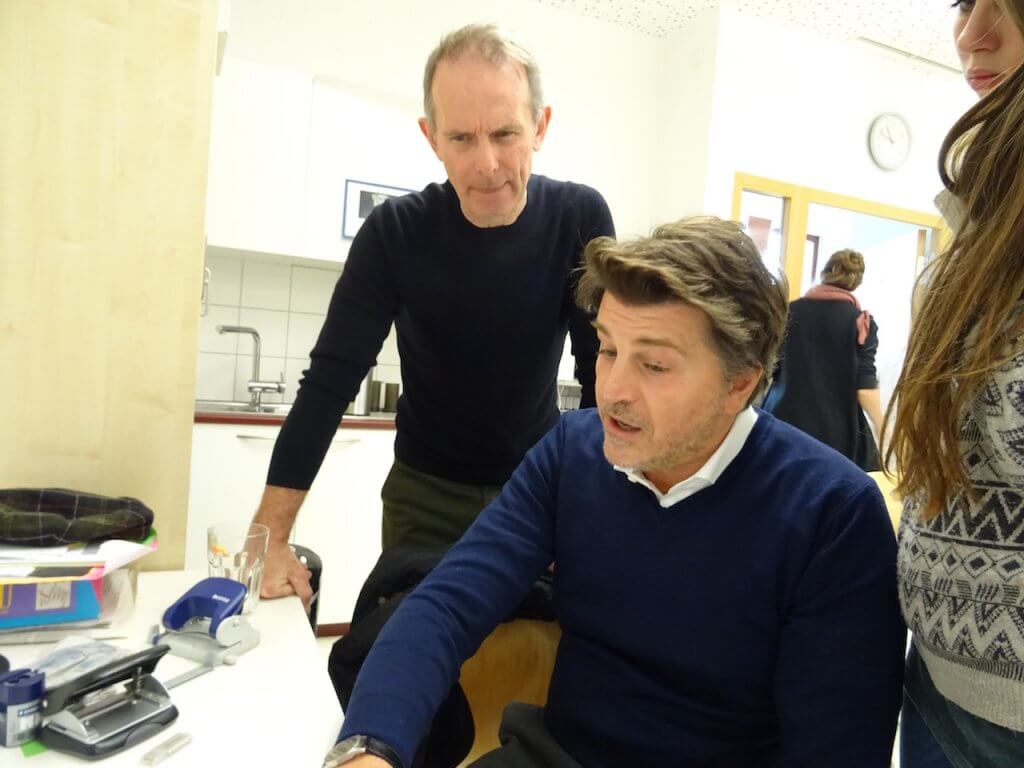 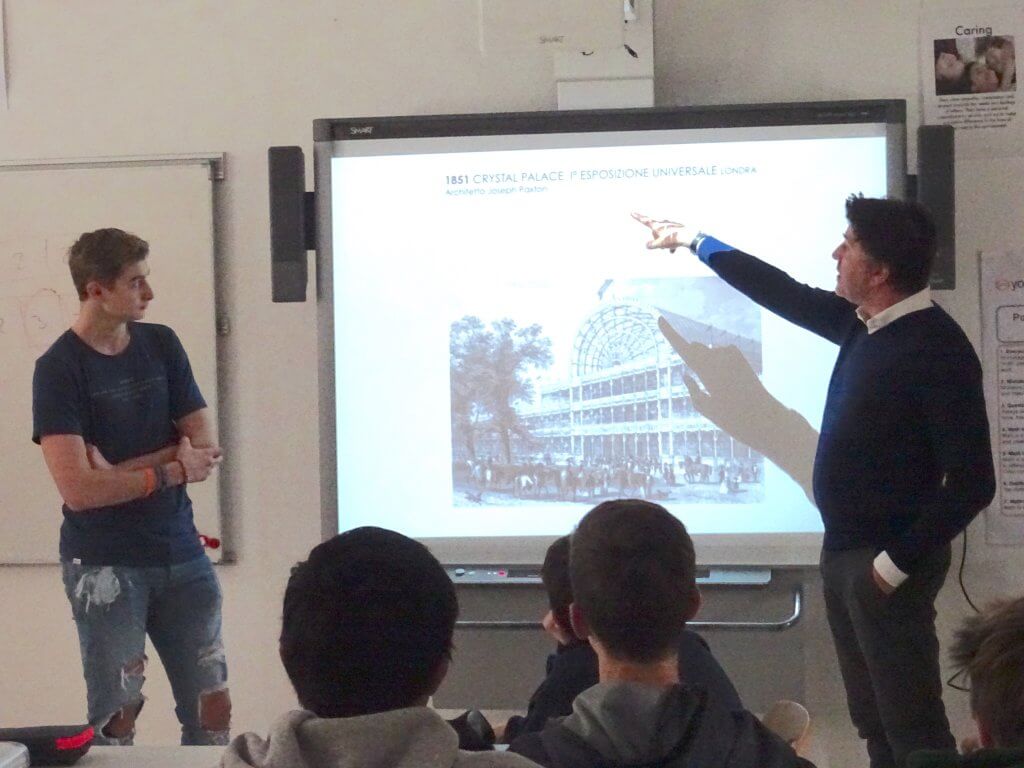 Big thanks to Pietro for translating the presentation from Italian into English. 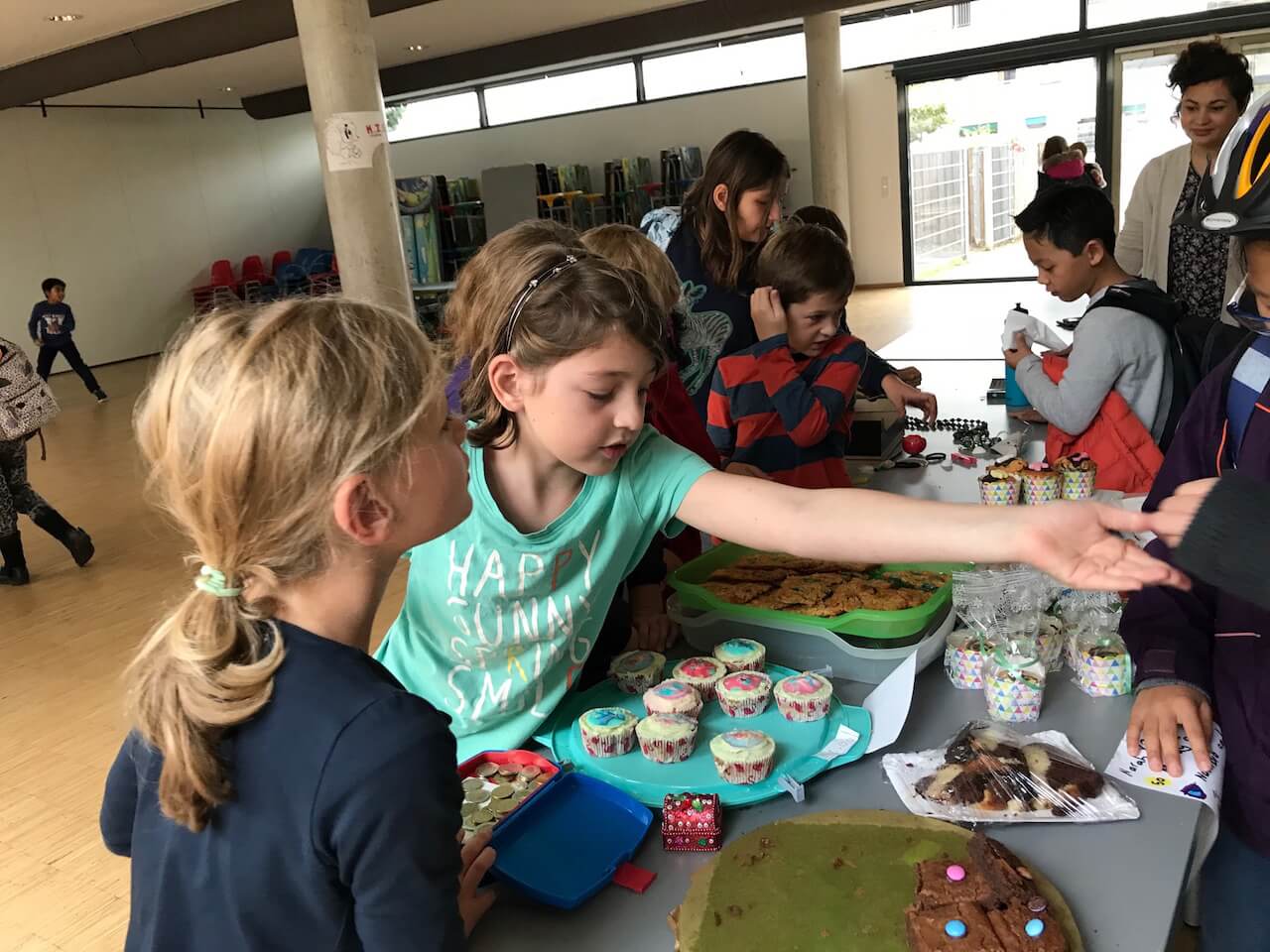 When the sale had only just started, there was already a crowd of people gathered around the table, and it was pretty hard to serve all of those customers in that huge hustle and bustle. 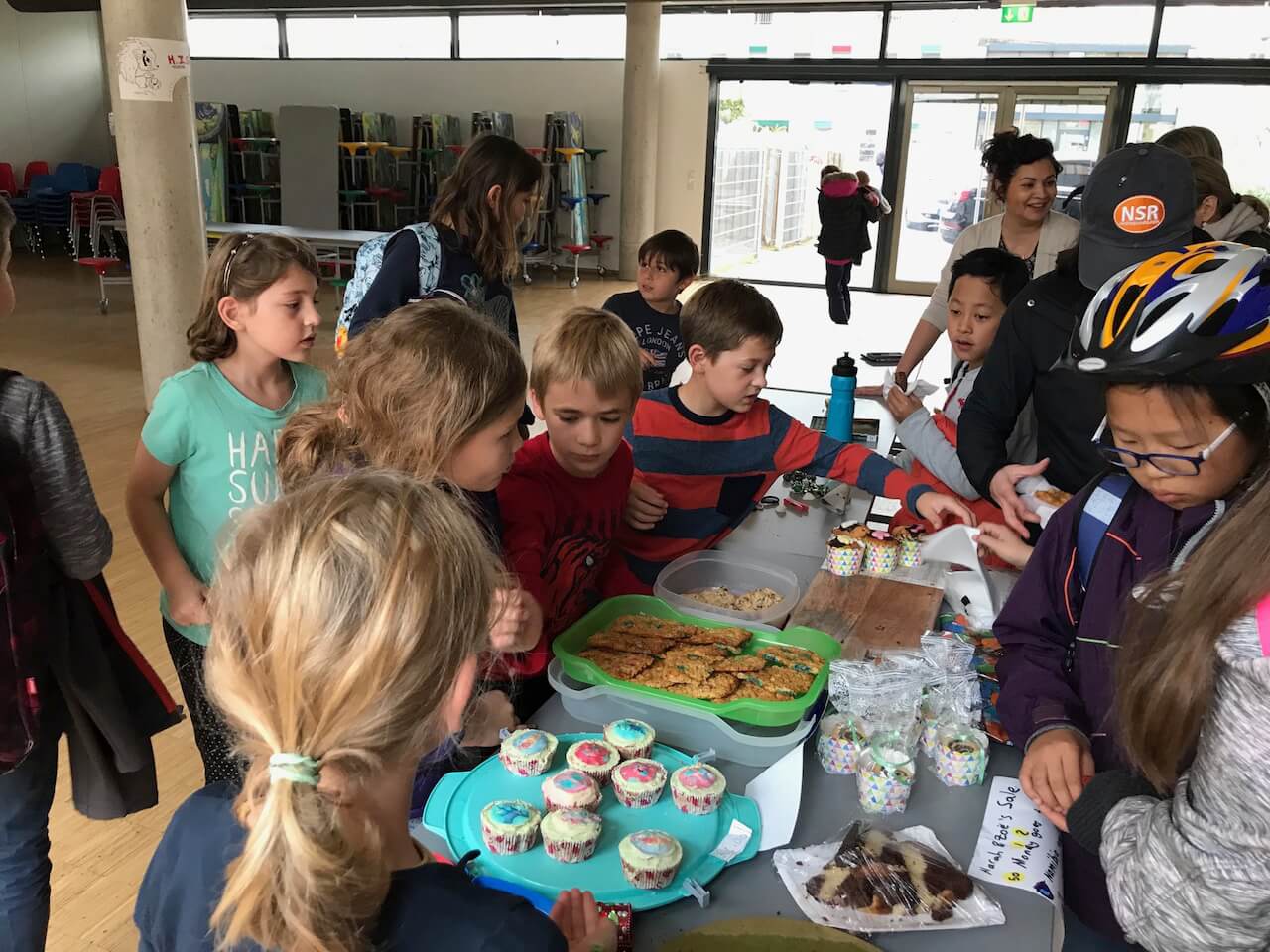 The 6 students sold cupcakes, cookies, and brownies. Some people even donated more money than the food actually was, so the grade 3s took it. They raised 156€ exactly, and donated it to the feeding programs in Namibia for the schools. They went straight upstairs to Frau Handwerker to give the money to her so she could give the money to MCP (Make Change Possible). Frau Handwerker also told them that the money raised would pay for 15 and a half children in the kindergarten to have a bread roll and some water for lunch.

Narah had also brought  some things from her home to sell and Zoë’s brother Leo suggested she donate these as toys for the kids in Namibia, so they have more to play with.

“I have to say, it was an amazing experience doing that, and it was even more fun because I was doing it with my friends!” said Narah after the huge bake sale.

“It was a great success!” said Zoë. “Lots of people told us how yummy the food was.”

Soon: Grade 4 News Outside The Box

Read Grade 4 “News Outside The Box” on the blog soon! 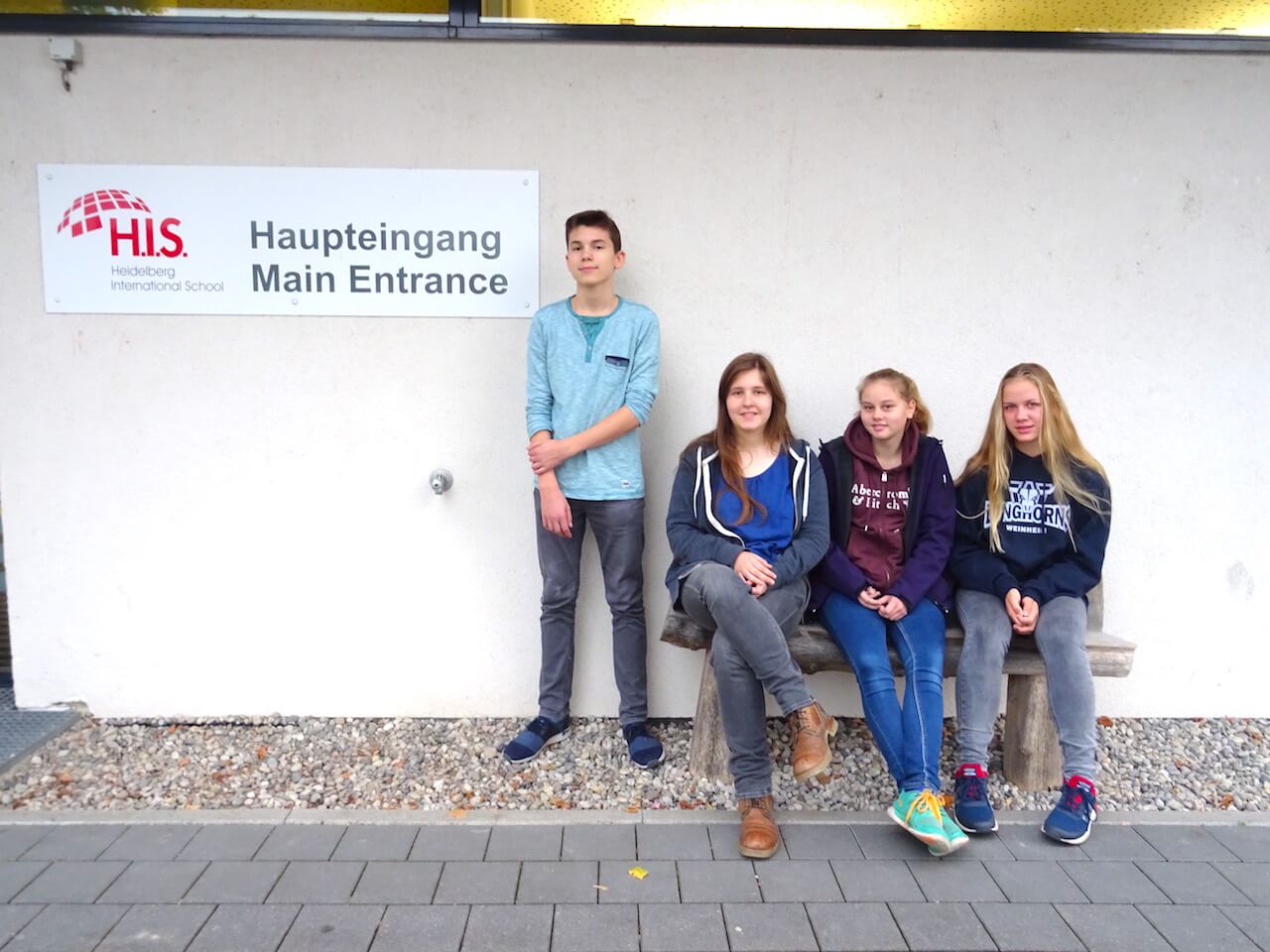 Annika, Cailiosa, David, Hannah and Marina were guest students at H.I.S. for a week. The students from Elisabeth von Thadden Schule spent this week with Grade 9 students, following their timetable. They attended all their lessons and experienced life at an International IB School. It was a pleasure to have 5 visitors for the week, H.I.S. wishes you all the best for your future.

“You have a lot of freedom and the playground is cool. It’s a modern school, the laptops are good and everything is clean.” (David)

“Everybody was nice. It was fun and very interesting.” (Marina)

“It was a great week. The lessons that we don’t have in our school were very interesting.” (Hannah)

“I really enjoyed the week at Heidelberg International School! The class was really nice and I especially like that each period was only 55 minutes, so it never got boring.” (Cailiosa)

“Thank you for hosting us!” (Marina, Hannah, Cailiosa, David)

Best wishes for a happy Diwali!

Join us for a presentation/discussion about multilinguism and find out how to best support your children’s language development. 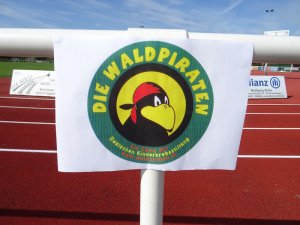 This is the largest amount of money ever raised by the H.I.S. community for this annual event, which supports the Waldpiraten Camp children’s cancer charity.

A huge thank you to all of you who donated money (including your birthday money!), collected sponsors per lap (an incredible number of laps were completed), and all those who helped in the organization of the event. The official total is 2030.42 Euros. 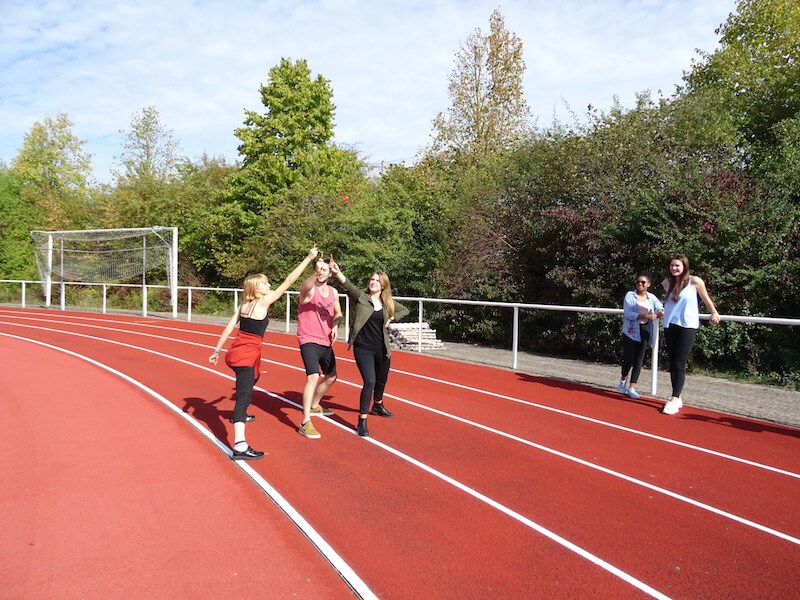 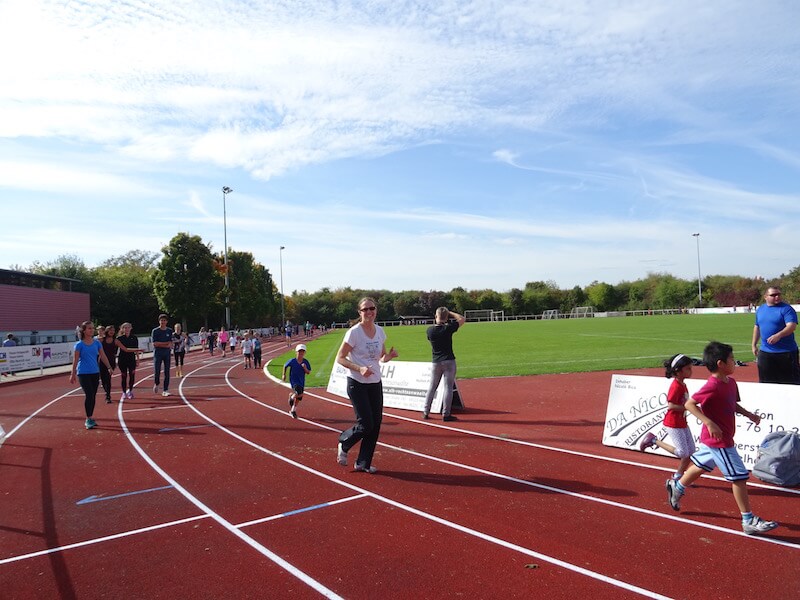